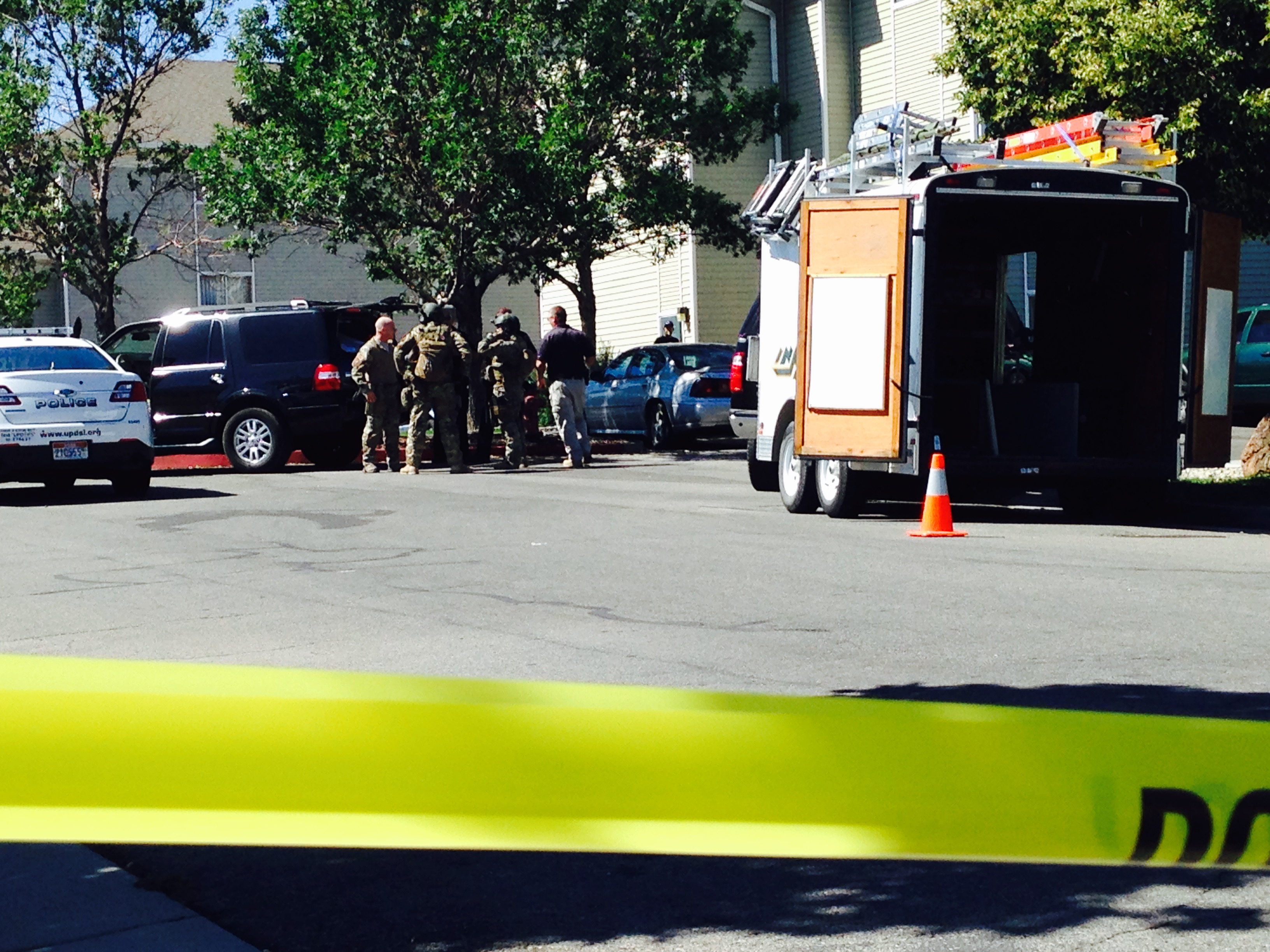 MIDVALE, Utah — Unified Police detectives are investigating an incident at Midvale hotel where a man was robbed at gunpoint, Sunday morning.

Authorities were contacted at around 9 a.m. when the victim reported going to the InTown Suite, 151 W. 7200 South, to meet a female to conduct business with her. When he arrived, Det. Ken Hansen with Unified police said, the victim was surprised by two other males in the room who robbed him at gunpoint.

Hansen said the victim called authorities to report the crime.

Initially, authorities believed there was a SWAT situation at the hotel with barricaded subjects inside a room. When they arrived, Hansen said, SWAT cleared the room and found no one inside.

The female has been identified. Police are currently looking for the two male suspects.