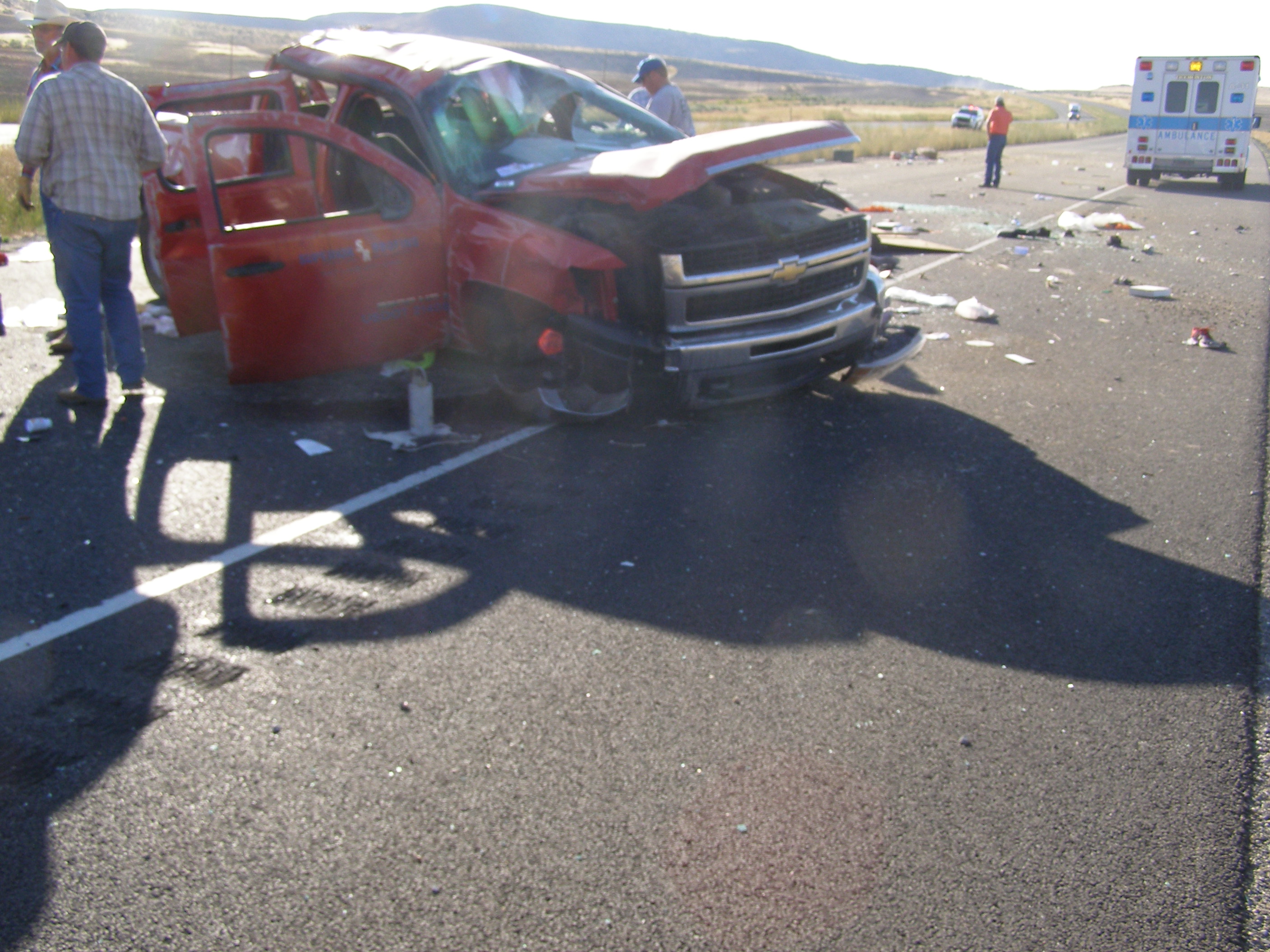 At about 7:30 a.m. at mile marker 13, a Chevrolet pickup truck with five occupants was traveling west on Interstate 84 when for an unknown reason the driver, later identified as James Gent, 29, of Kearns, drifted to the left into the median, according to a press release from Utah Highway Patrol.

UHP states Gent overcorrected to the right then veered to left, rolling through the median, coming to rest in eastbound lanes.

Gent and one of the passengers, Daymon Smith, 22, of Kearns were not wearing seat belts, according to UHP. Both were ejected and died from their injuries.

The other occupants in the truck were taken to the local hospital and are expected to survive, UHP states.