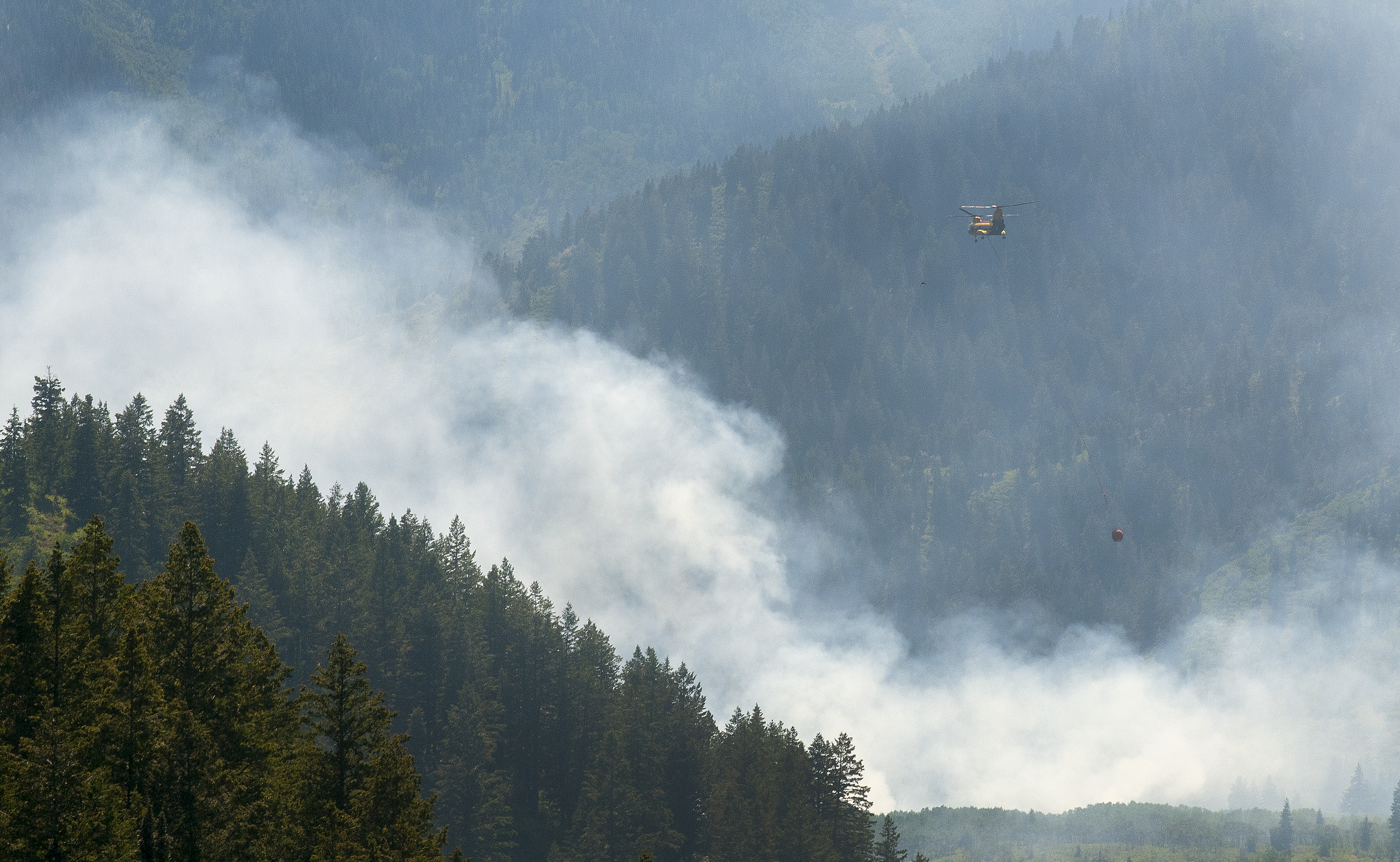 The Major Evans fire is burning at the junction of Major Evans Gulch and North Fork, northeast of Tibble Fork Reservoir. It consumed about 15 acres.

The flames were sparked after a Utility Task Vehicle exploded. The accident injured three people with one of the victims being taken to the University of Utah Hospital burn center in serious condition.

Campers in the area of Silver Lake Flats and Dutchman Flat Road were evacuated, said KJ Pollock, spokeswoman for the forest service. As of Monday, dispersed sites between Holman Flat and Dutchman Flat were closed due to fire suppression activity, according to fire officials.

On Monday, three 20-person crews built fire line and put hose lay around the perimeter of the fire. Crews were supported by two helicopters dropping water.