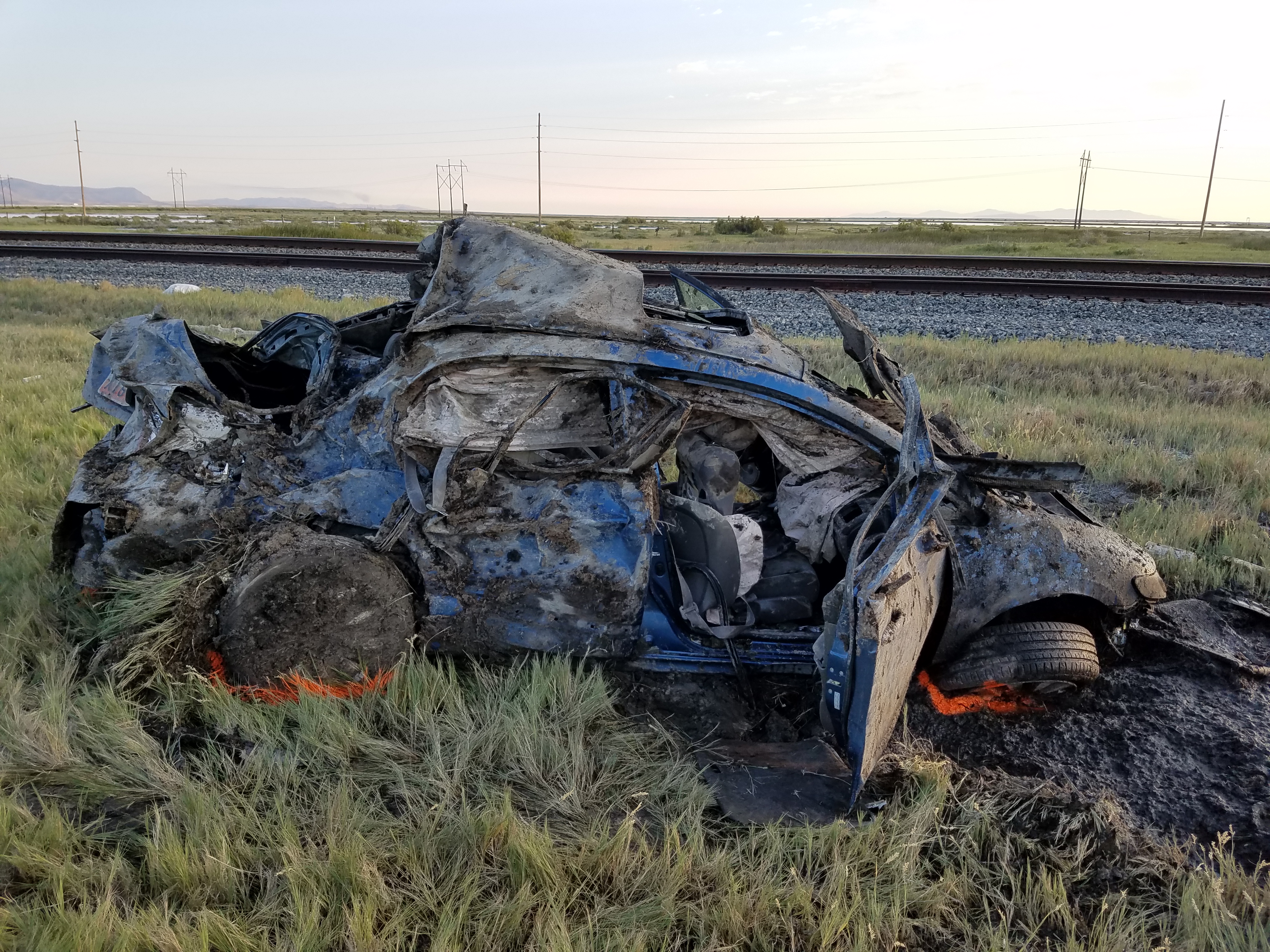 TOOELE COUNTY, Utah — Authorities are investigating alcohol as a possible cause to a fatal car accident in Tooele County early Monday morning.

At about 2 a.m. at mile marker 77, a Honda Civic with four occupants was traveling west on Interstate 80 when for an unknown reason the driver failed to follow the curve in the road and left the highway to the right, according to Utah Highway Patrol.

At that point, UHP states, the vehicle struck a large two-post highway sign then vaulted off a dirt berm causing it to roll end-over-end several times. The car eventually came to rest on its wheels.

One of the occupants, Scott Newman, 34, of Salt Lake City, was ejected and died at the scene. He was the only occupant not wearing a seat belt, according to UHP.

Two occupants were taken to area hospitals, on by air the other by ground ambulance.

UHP states impairment is being investigated as a factor.