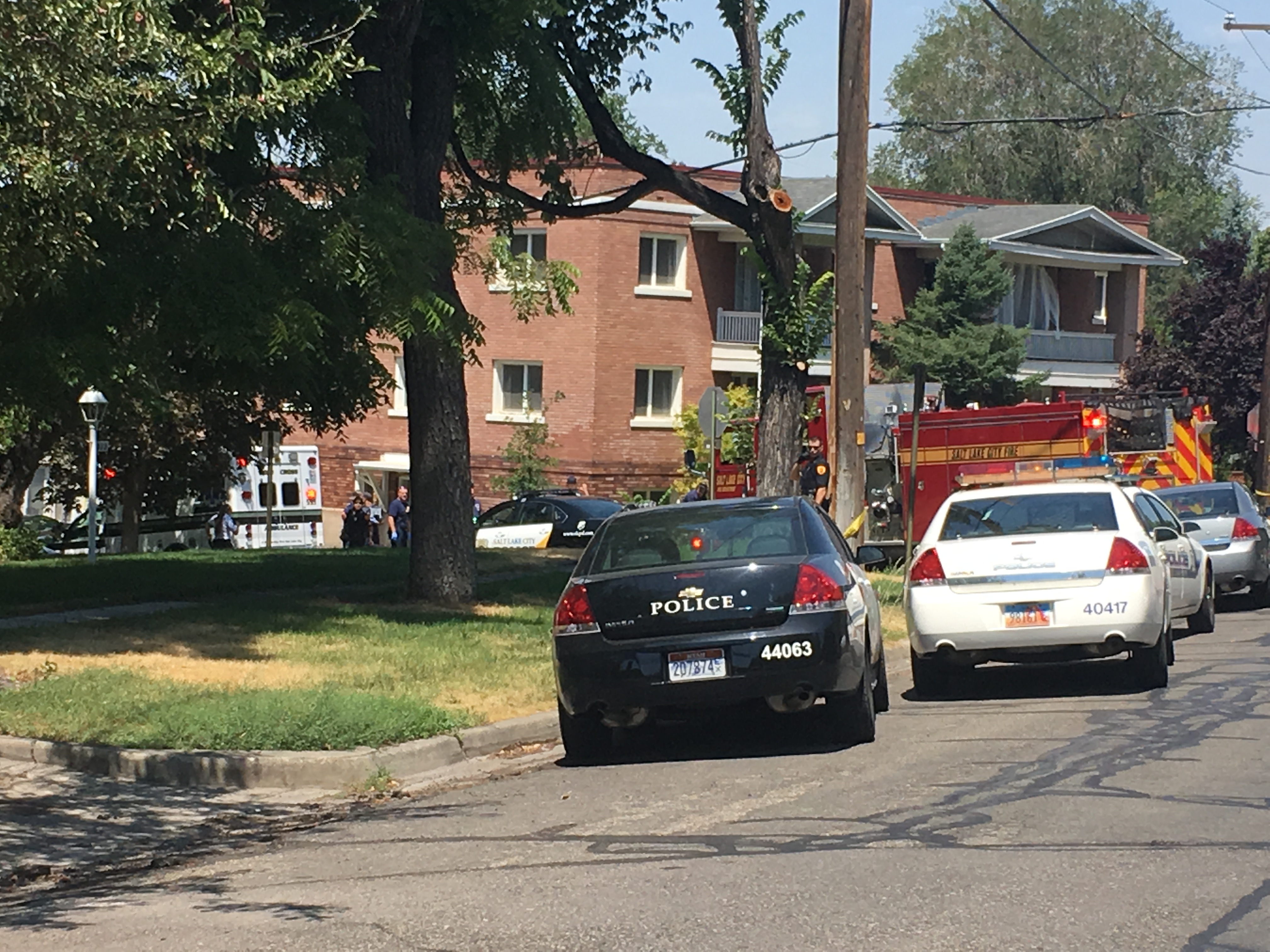 SALT LAKE CITY —The shooting death of an 8-year-old boy and man appears to be a murder-suicide, police confirmed Tuesday afternoon.

In a tweet from Salt Lake City police, it states, the shooting appears to be domestic and the weapon used was an improvised firearm.

Officers were first called to the shooting at the apartment building, 561 N. Center Street. where a woman was also found in the apartment.

She was not harmed.

Shooting in Salt Lake appears to be domestic related murder suicide. Weapon was a improvised firearm.

Neighbors say a man and woman, who appeared to be married, lived in the apartment with their three children.

A tweet from the Salt Lake City Police Department said officers responded to the apartment building after receiving a report of domestic violence involving a gun.

The man died at the scene; the boy went to the hospital were he later died.

Officials have not confirmed the relation, if any, between the boy and the man.

UPDATE:We just got confirmation that the 8yr old male child is deceased at this time. Our prayers are with his family at this difficult time

The victims have not been identified at this time.