Officer saved girl’s life, then they had a tea party

ROWLETT, Texas - This is the cutest thing you'll see all day -- maybe even all week.

A fully uniformed police officer sitting in a tiny chair, at a tiny table, with a tiny girl -- having a tea party.

Corporal Patrick Ray, 30, saved 2-year-old Bexley's life a year ago. They celebrated that fateful day a year later with a tea party.

Corporal Patrick Ray, 30, saved 2-year-old Bexley's life a year ago when she choked on a coin at her home in Rowlett, Texas.

She called 911, and Ray was there within minutes.

"I could not believe how fast he got here," Norvell said.

He was able to pry Bexley's mouth open to perform a "finger sweep." His body camera captured the moment she started breathing again.

"It was the most beautiful sound I'd ever heard in my entire life," Ray told CNN affiliate KTVT.

He came to check on Bexley in the hospital after doctors determined she swallowed a coin.

Corporal Patrick Ray, 30, saved 2-year-old Bexley's life a year ago. They celebrated that fateful day a year later with a tea party.

"Last time I checked, that was not their job description," Norvell said.

To celebrate a year of life after that scary day, Bexley's mother, Tammy Norvell, wanted to do something to commemorate the occasion.

She decided on a photoshoot, in the theme of a tea party.

"We do tea parties all the time," said photographer Chelle Cates, "but we don't normally invite grown men to them."

Cates said Ray was a natural.

"He picked up that tiny little chair and sat down," she said, "I didn't give him a lot of direction."

"He just talked to her and asked her how her Oreos were," she said.

But why mark a day that could have ended tragically?

"I wanted to make something positive out of a negative thing," Norvell told CNN.

Ray saved Bexley's life that day, "I'm not going to let someone like that walk out of my life," Norvelle said.

It was the beginning of a beautiful (albeit unlikely) friendship. 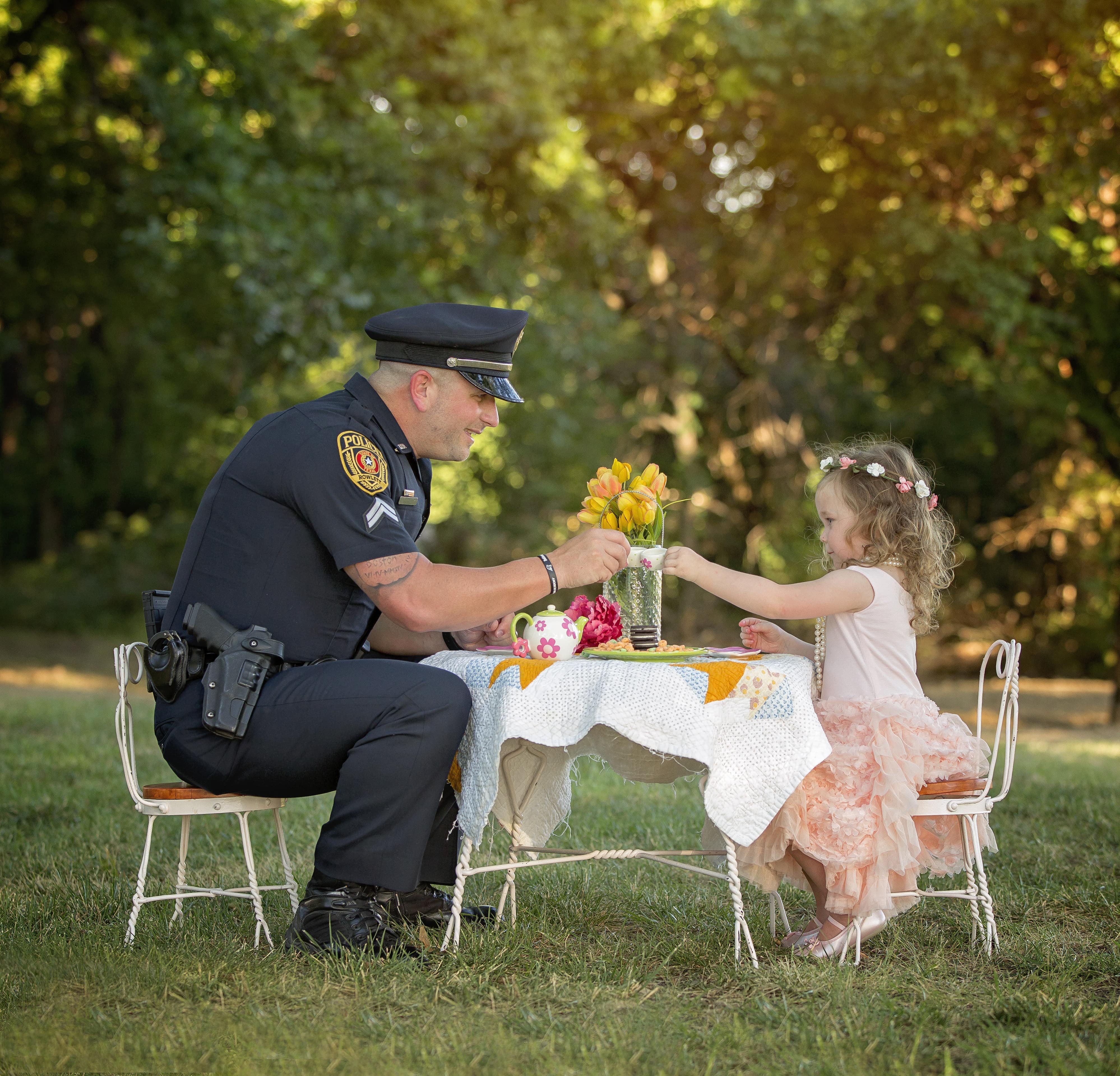