HEBER, Utah-- More than trucks and drivers were banged up after a demolition derby in Heber Saturday night.

At about 9:00 pm a truck in the Wasatch County Demolition Derby was hit and rolled on its side. When the truck rolled back down, the drive shaft snapped off and flew 30 rows deep into the bleacher section, Director of Wasatch Parks and Recreation Tom Bonner said.

A metal part that came loose during a demolition derby and injured three fans in the stands on July 30, 2016. Image courtesy Heber City PD.

The metal part, described as being about 3-feet long, hit fans and sent two women and a teenage boy to the hospital.

A woman named Sonya Duke was also injured in the accident and was in fair condition at Heber Valley Medical Center, Tuddenham said.

The third victim's name has not been released but was originally sent to Heber Valley Medical Center and later transported to another hospital that has not been named, Bonner said.

The three people who were struck had injuries on their ankles, arm and neck, witnesses said.

Everyone is expected to be OK. 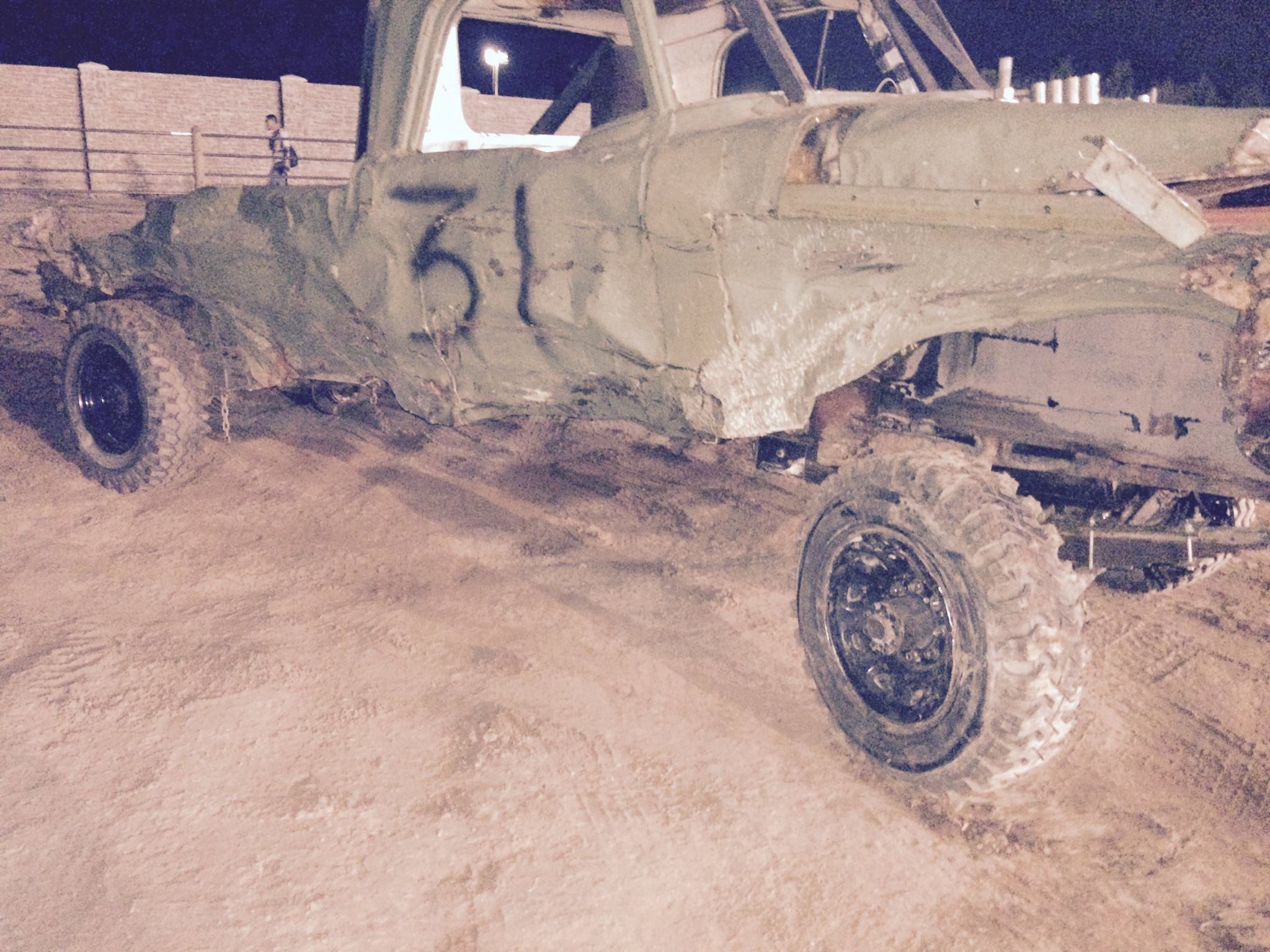