SALT LAKE CITY - A Salt Lake City business is cleaning up after a fire tore through their building.

40 firefighters were dispatched to a three-alarm fire at Kitoro’s Boutique at 1325 E. Main in Salt Lake City Sunday morning.

Officials arrived to find smoke coming from the roof of the Kitoko clothing boutique and were able to keep the fire contained to that business.

“When our first arriving crews got to the building, they notice a large amount of smoke in the building,” said Jasen Asay, spokesperson for the Salt Lake City Fire Department.

At 6:32 a.m. Salt Lake City firefighters rushed to the business. Crews quickly got a handle of the flames on the first floor where they believe the fire originated.

They soon discovered fire coming from the ceiling.

“Because of the size of the building and there are several buildings in this structure. We quickly went to a second alarm and then a third alarm,” said Asay.

They had the fire out in about 40 minutes.

Salt Lake City fire officials said, "The fire originated on the second floor of the boutique in a storage area that had apparently once been used as a residential area."

It was difficult for firefighters to get access to the second floor. They had to crawl through a heating duct and put out the fire.

They stumbled upon stairs that had been walled off. Apparently, the storage area was used as a residential area at one time.

Investigators are still looking into the cause of the fire.

“We were speechless. We were in shock that this happened,” said Laura Sam. For the past six years, Sam has worked at the boutique with her mother.

They had no idea there was a second floor. She’s grateful no one was inside the building when the fire broke out.

“Lately, we have family members over to the store. It would have been bad if it happened while we were in it,” said Sam.

Firefighters worked quickly to keep the flames from spreading, but a car lot next door did sustain some damage.

“These are our businesses. The one that supports our family and stuff. We’re gonna see how it goes,” said Veronica Ramirez, employee of Quix Auto Sales & Detail.

The owner of the boutique says she’s not sure if she’s going to rebuild. It all depends on what her insurance company will cover. 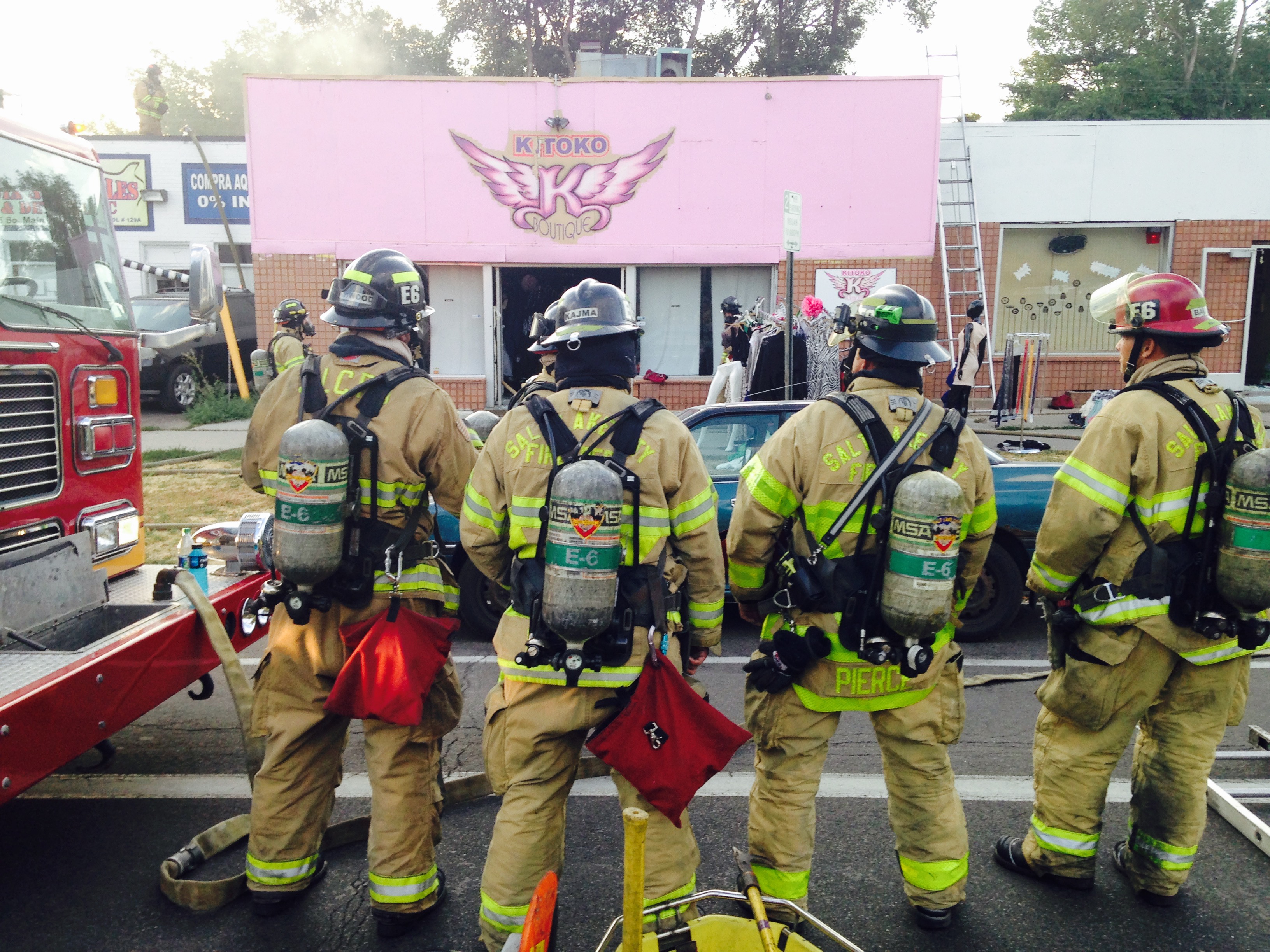