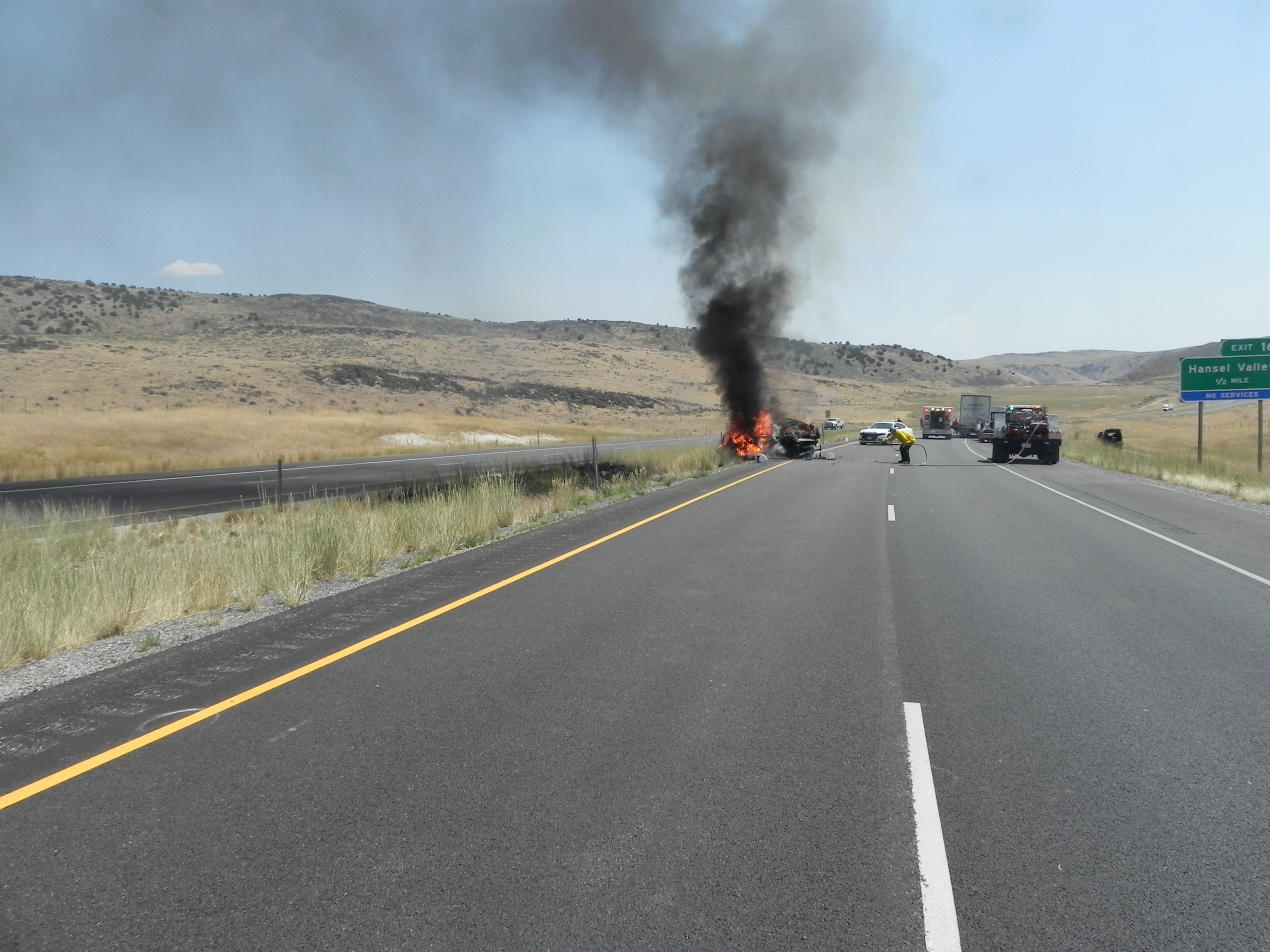 BOX ELDER COUNTY, Utah — A man died and two other people were injured Monday afternoon in a rollover crash on I-84 in Box Elder County.

The crash happened around 1: 22 p.m. near mile post 15. According to a news release from the Department of Public Safety, a red 2016 Lexus LS was traveling east when it crossed into the median and vaulted, traveling about 100 feet through the air.

When the car landed, it rolled and came to rest with part of the vehicle blocking an inside left lane. Witnesses at the scene helped remove everyone from the car. A passenger who was riding in the back seat was not breathing when he was removed. Witnesses performed CPR on him.

After everyone was out of the car, it caught fire, which then spread to the median.

The man who received CPR, an 18-year-old Highland resident, was put in an ambulance to be transported to Bear River Hospital. He was pronounced dead on the way to the hospital.

The driver and a front seat passenger were also taken to Bear River Hospital with non-life threatening injuries.

The news release said it appears all of the occupants were wearing their seat belts at the time of the crash. The victims’ names have not been released.