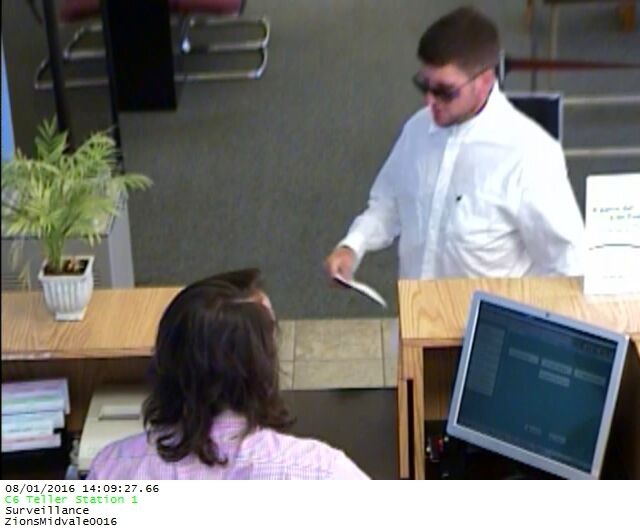 MIDVALE, Utah — The Unified Police Department is asking for the public’s help in identifying a suspect in a bank robbery Monday afternoon.

At 2:09 p.m., authorities were called to the Midvale Zions Bank at 159 W Center St. after receiving a report of a bank robbery.

Police said the suspect entered the bank and gave a note demanding cash. The suspect was given an undisclosed amount of money and was last seen leaving the bank on foot heading south.

No one was injured during the robbery and no weapon was seen.

According to the Unified Police Department, the suspect is described as a Caucasian male in his mid 30s. He is 6 feet 4 inches tall, with a thin build, brown hair and a brown beard. Police said the man has a large tattoo on the right side of his neck and had a sticker or bandage under his left eye, which police believe may have covered other tattoos.

Anyone with information about the suspect is urged to call the UPD Violent Crimes Unit at 385-468-9819.