DRAPER, Utah - Investigators are looking into what sparked a fire that forced evacuations in Corner Canyon overnight, and by Wednesday evening the fire was 100 percent contained.

Fire crews planned to camp out at Draper Park overnight so they could work on remaining hot spots Thursday. The hot spots are within the containment lines.

Authorities said weather was not the cause so they are investigating if the blaze was caused by residents.

Forest Service investigators would like to speak to anyone that may have seen anything suspicious on #Draper hillside. Call (801) 733-2668.

Officials have lifted the mandatory evacuation and residents are now back in the 39 homes threatened earlier Wednesday.

The FAA  issued a flight restriction over the fire; drones are prohibited.

No homes or structures were burned in the fire, but some fences and outbuildings were damaged.

The fire is estimated to have burned more than 40 acres.

The Corner Canyon Trailhead, Orson Smith Trailhead and Hidden Valley Trailhead (in Sandy) were all closed until further notice.

Firefighters were urging residents to stay away from the trails in this area and the Incident Command Center at the Ballard Equestrian Center. 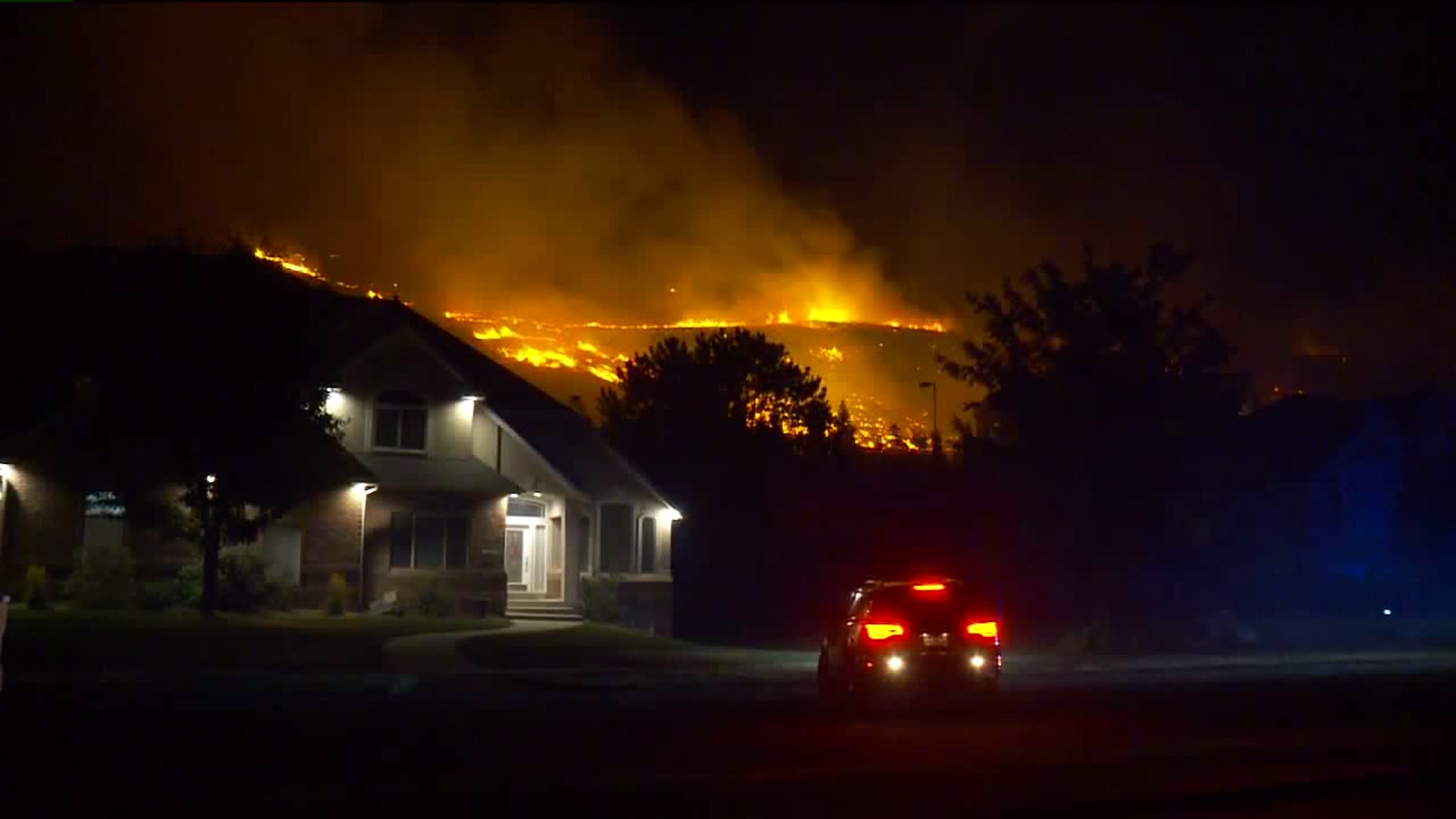