The Flash Flood Watch is expected to remain in effect through midnight Wednesday for central and southern Utah, and it includes the Glen Canyon Recreation Area, Utah's Dixie and Zion National Park among other areas.

The Kane County Sheriff's Office said the flooding in Kanab has impacted streets and yards, and officials said at least half a dozen homes have sustained water damage. So far there have not been any reports of injuries associated with the flooding. Photos showed Kanab residents filling sandbags to hold back the water.

Sheriff Tracy Glover said the rain sent water over a dike on the north west side of town, filling streets with water and damaging several homes. Public works crews have stopped the flow of water into Kanab. 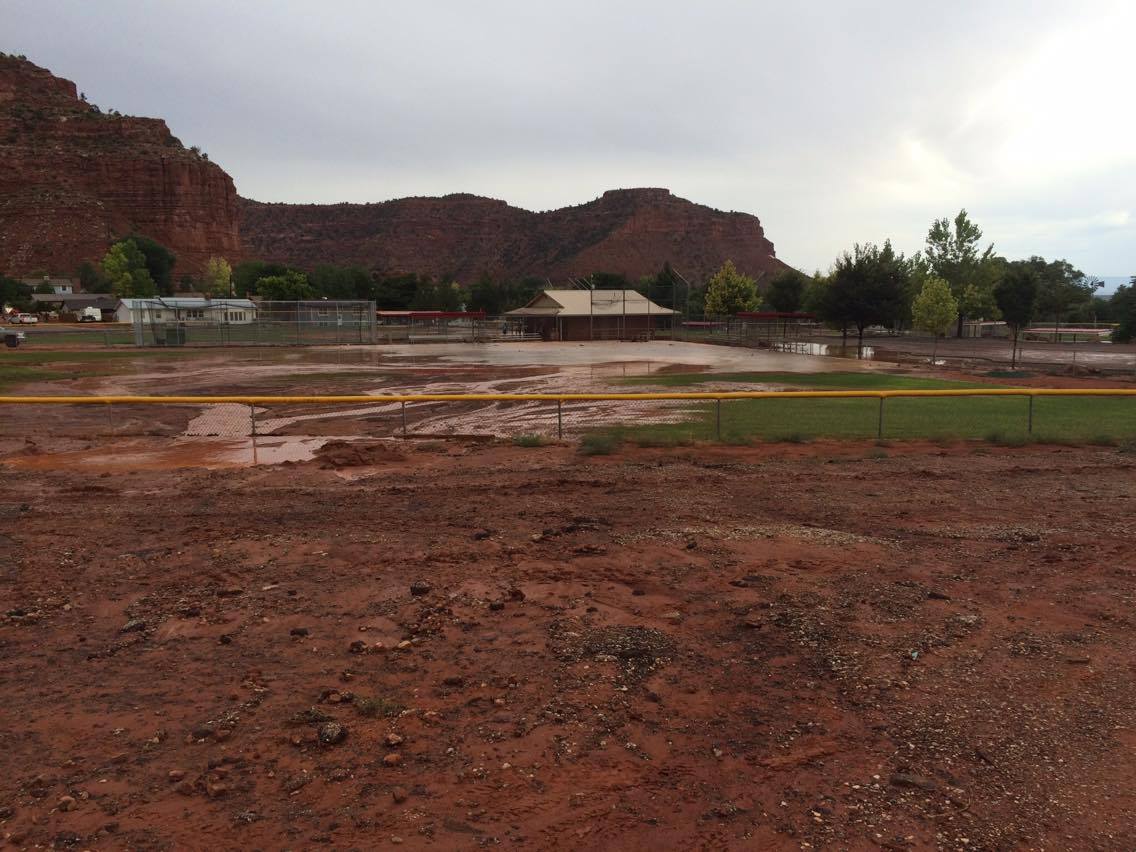