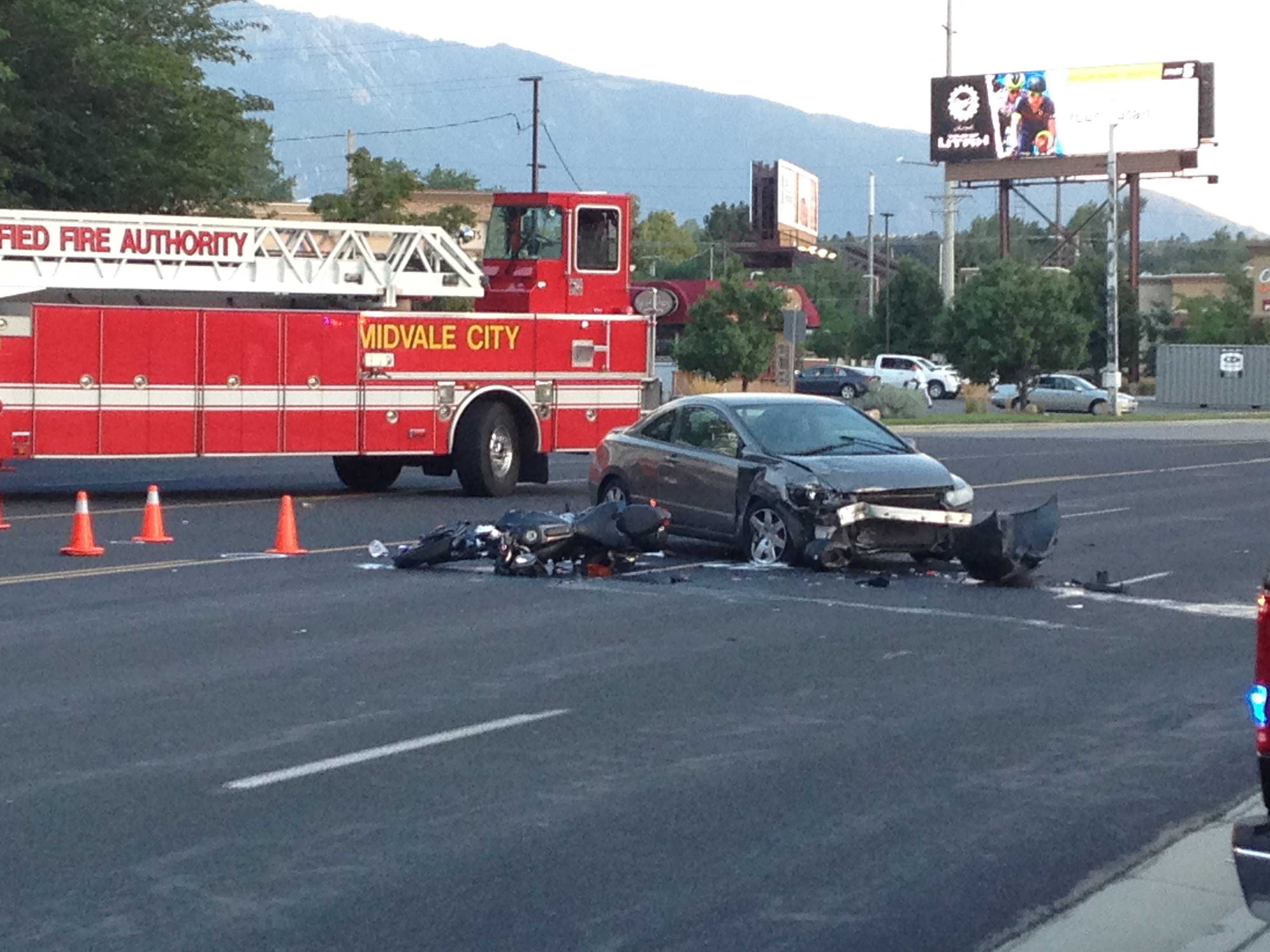 COTTONWOOD HEIGHTS, Utah — A portion of Highland Drive was closed Thursday night after a fatal crash involving a car and a motorcycle, and police say they are investigating drugs or alcohol as possible factors in the crash.

Cottonwood Heights Police Department first reported the crash around 7:30 p.m., and they stated it involved a car and a motorcycle.

An individual on the motorcycle suffered fatal injuries in the crash.

Police at the scene said they are investigating drugs and/or alcohol as contributing factors in the crash.

Highland Drive was closed between 6600 South and Fort Union Boulevard, and as of 7:30 p.m. police expected the road to remain closed for several hours.

FOX 13 News has a crew at the scene, and we will update this story as more information becomes available. Watch News at Nine Thursday for updates on this developing story.