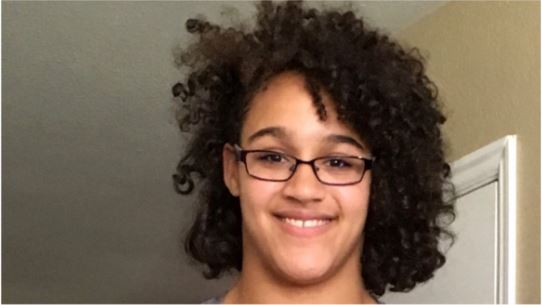 Officers said a person who had seen her photo on the news found her.

WEST VALLEY CITY, Utah — Police are asking the public for help locating a 13-year-old girl who was last seen Wednesday and is considered missing and endangered.

McKenzie Adalane Price was last seen near her home near 1900 West 3600 South in West Valley City while on a bicycle.

While it is believed the teen left of her own accord, she has a history of depressive orders that give police cause for concern.

The teen girl stands 5-feet 10-inches tall and weighs about 220 pounds. The teen has black hair and brown eyes and was last seen wearing a blue shirt with white striped sleeves, blue jean shorts with tan lace trim, multiple bracelets and a pair of green and purple Batman shoes with a design featuring the Joker.

The girl was riding a turquoise mountain bike with a pink camouflage bicycle lock wrapped around the frame. The teen may also answer to the names “Adi” or “Adalane”.

Anyone who sees the girl should contact West Valley City Police dispatch at 801-840-4000.