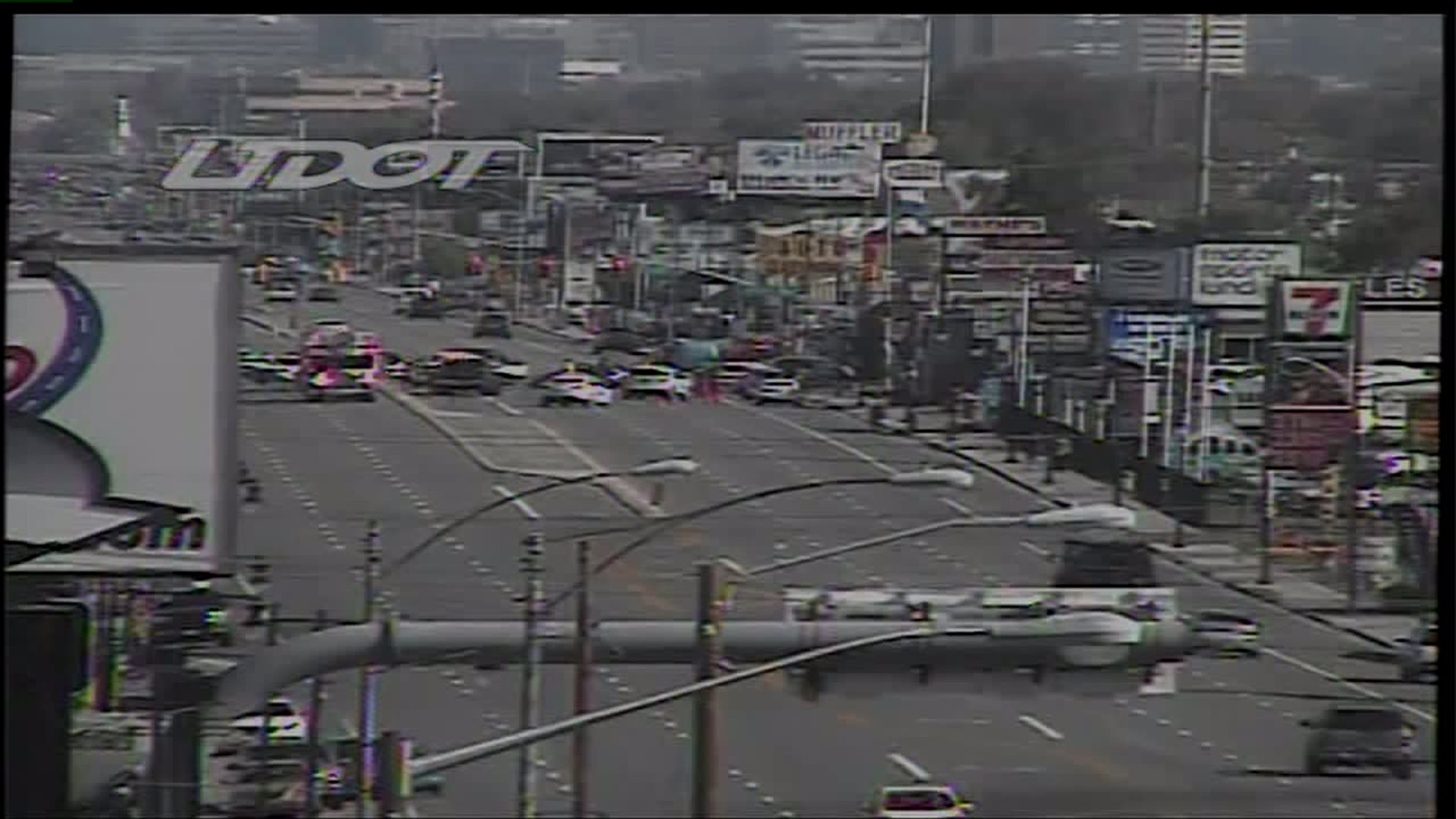 SOUTH SALT LAKE, Utah — A multi-vehicle car accident shut down State Street in both directions at 3900 South for some time Saturday morning.

The accident occurred at about 9:30 a.m. when a person traveling eastbound in a stolen truck ran a red light and T-boned a BMW making a left turn, according to police.

Two other vehicles were also struck in the accident as well as a motorcyclist, who was not wearing a helmet, police say.

According to authorities, one of the cars hit was a Subaru and was listed as being stolen. The driver of that vehicle fled from the scene on foot.

Police say the two stolen vehicles are not connected.

There are no life-threatening injuries at this time.