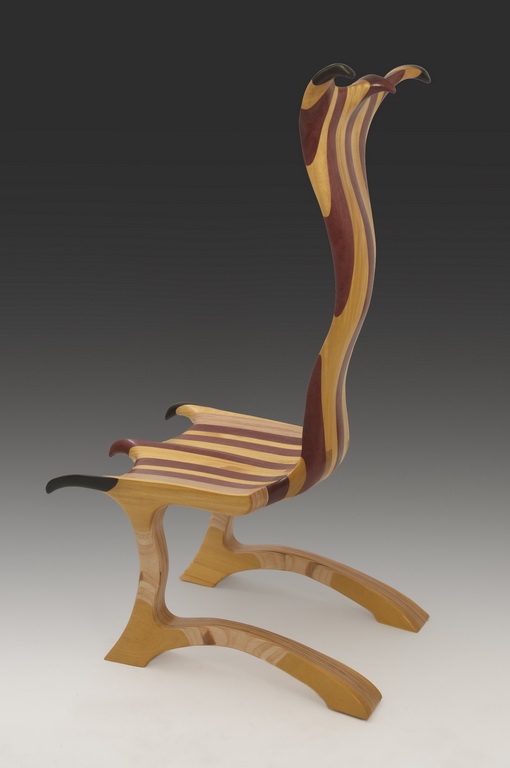 The Kimball Arts Festival fills Main Street with booths and vendors, but some of those vendors are facing huge losses after criminals struck in the early-morning hours.

According to Park City Police Department, the crimes occurred early Sunday in the 700 and 800 blocks of Main Street sometime between 1 a.m. and 6 a.m.

Several artist booths were burglarized and vandalized, and police estimate the total damages at $20,000.

Two of the stolen items are hand carved wooden chairs valued at $11,000. The artist is from Colorado and told police this was his first show in Utah and he has not yet sold any chairs to customers from Utah. The chairs are large and would be difficult to conceal. Both are pictured above.

A unique, handmade jacket was also among the stolen items. The jacket is pictured above.

Each vendor signs an agreement before setting up at the festival, and the agreement includes information about security as well as a note indicating each vendor is the sole responsible party for any losses that occur at their booth during the festival.

Robin Marrouche, Executive Director at the Kimball Arts Center, issued a statement regarding the thefts.

“We are working closely with the Park City Police Department – and they have been deeply committed, as are we, to finding the people responsible for the thefts. By morning [Sunday], they had already discovered key pieces of evidence as well as several of the missing items. The festival contracts with a professional security company each year. Even so, artists agree that protecting their work is ultimately their responsibility. This is a rare, and deeply unfortunate situation – and one we don’t take lightly. We will continue to be proactive in working with our artists, the community and the investigators to solve this crime.”

Anyone who has information about the vandalism or thefts, or who sees the stolen property, is asked to call PCPD at 435-615-5500.