The kidnapping happened at an upscale restaurant called “La Leche” in an area of the coastal city frequented regularly by tourists. 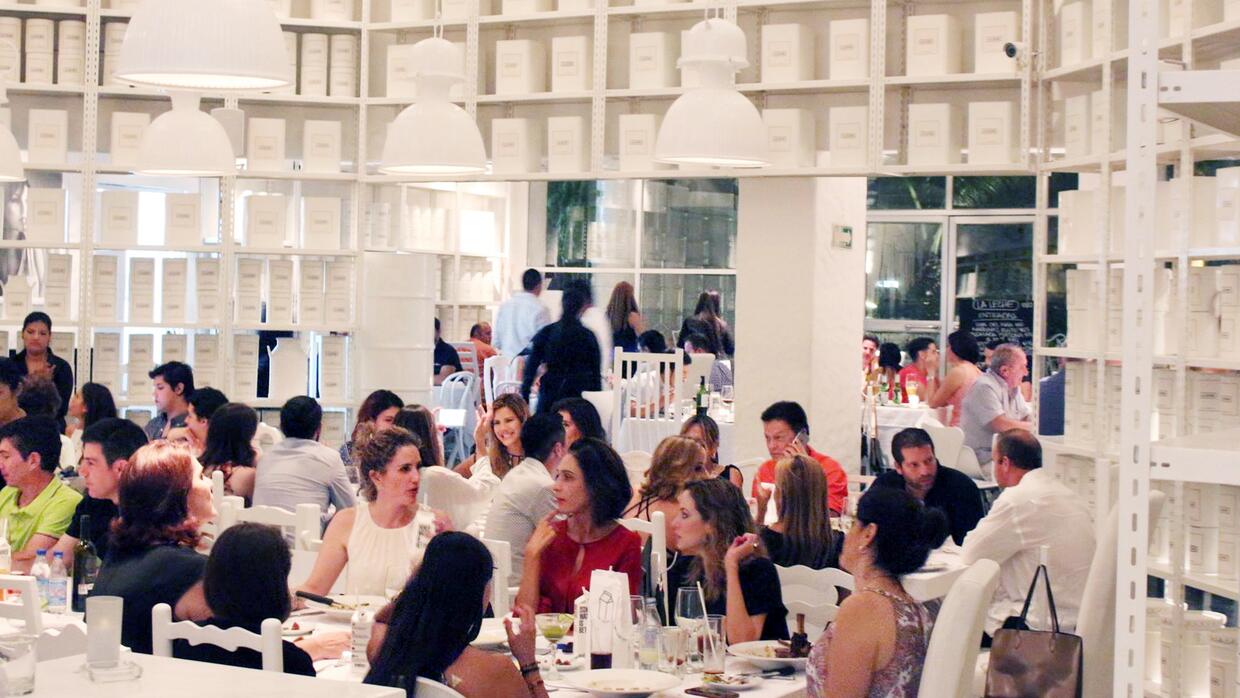 The interior of La Leche, an upscale restaurant in the tourist zone of Puerto Vallarta, Mexico. (La Leche Facebook page)

Jalisco officials say they are looking for multiple suspects who drove up in a Toyota Tacoma truck and a Chevrolet Suburban.

Investigators from the attorney general’s office found a Dodge Challenger, Jeep Limited, Land Rover, Cadillac Escalade and a Honda CRV abandoned at the scene (see below) – it’s not yet clear whether or not the cars belonged to the victims.

Authorities are currently examining surveillance footage and other evidence collected at the scene. They have not released the number of people kidnapped nor their identities.

According to Univision, at least 10 people were kidnapped.

The acts that happened in the early morning in Puerto Vallarta cannot be permitted nor tolerated. I have instructed the State Attorney General to use all resources available to find out what happened in this serious incident. There is full cooperation between the Mexican Government and the municipality to find the victims and capture those responsible. To the residents and tourists in Puerto Vallarta, I’m informing you that we have reinforced security so your activities can return to normal.