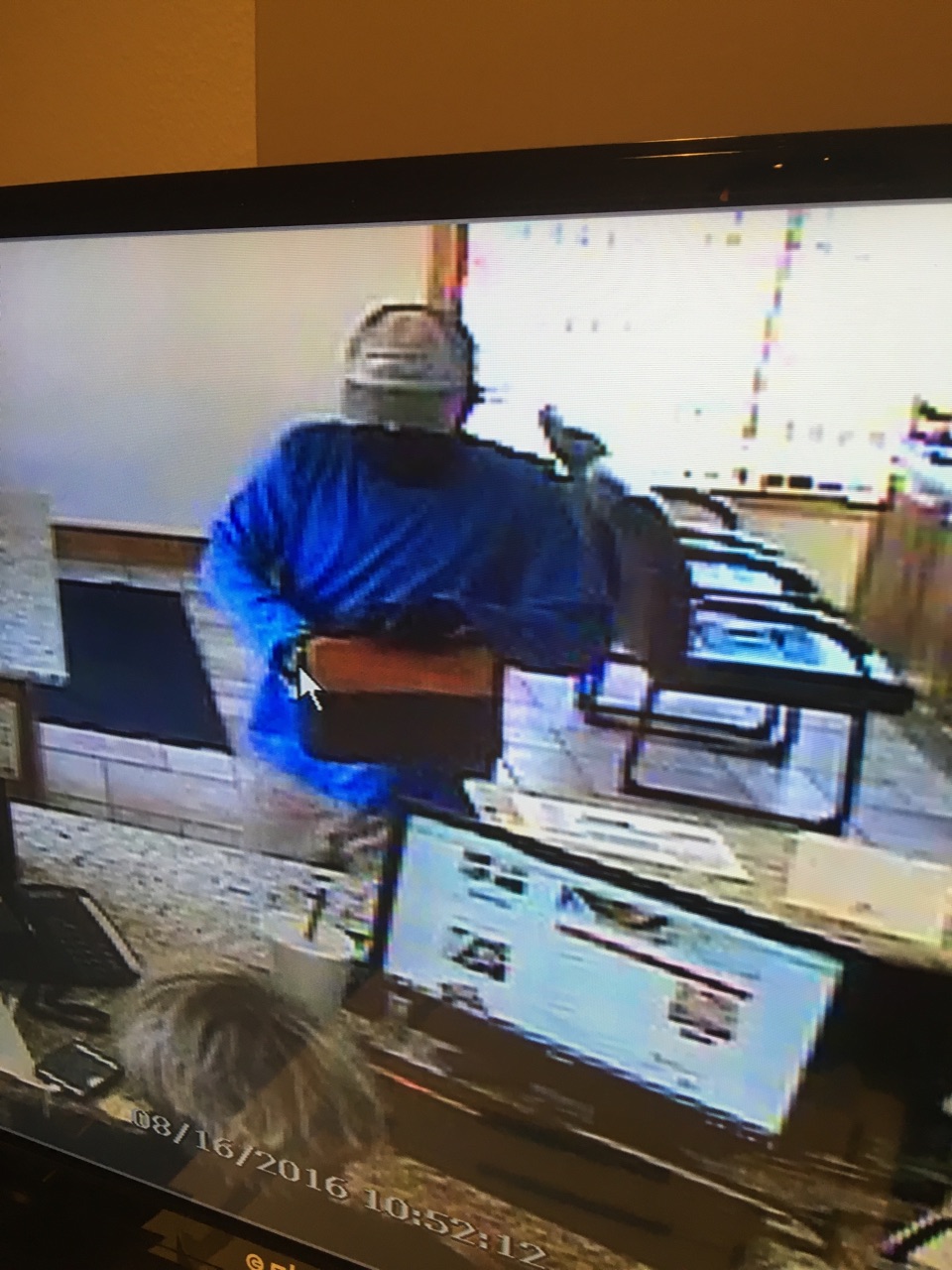 SPANISH FORK, Utah — The Spanish Fork City Police Department responded to a report of a bank robbery Tuesday morning after the suspect allegedly displayed a gun and demanded cash.

Authorities said a male individual entered the Pacific Horizon Credit Union at 375 E 300 S in Spanish Fork just before 11 a.m. and instructed the teller to place cash into a black and tan handbag he was carrying. The suspect did display a handgun, according to police.

The suspect was wearing a black ski mask, black sunglasses, black gloves, tan pants, a gray hat with a white front and a long sleeve blue shirt, police said. The suspect is described as a Caucasian male, approximately six feet tall and weighs approximately 180 pounds with a slender build.

The male left the area westbound on foot. Officers from the Spanish Fork Police Department and neighboring agencies arrived at the scene within seconds and  searched the area, with assistance of canine units. Police are still searching for the suspect.

Police said this is the second armed robbery to have occurred at the credit union. The first robbery occurred on May 18, 2016 and the physical characteristics of both suspects are very similar, authorities said.  It is unknown if the individual responsible for both robberies is the same person.

SFCPD is asking anyone with information in regards to this incident to please contact the Spanish Fork City Police Department at 801-804-4700.