Meth bust could be largest in Utah history

SALT LAKE COUNTY, Utah — A Canada man was arrested in Salt Lake County Tuesday after Unified Police received a tip about a large quantity of methamphetamine that was being transported through Utah.

According to UPD, Blake Arcand, 56, was caught with 68 pounds of meth during a traffic stop on I-15.

UPD's Taylorsville Street Crime detectives received information from Homeland Security Investigators about a vehicle suspected of carrying meth through Utah on its way to Canada, the news release said. 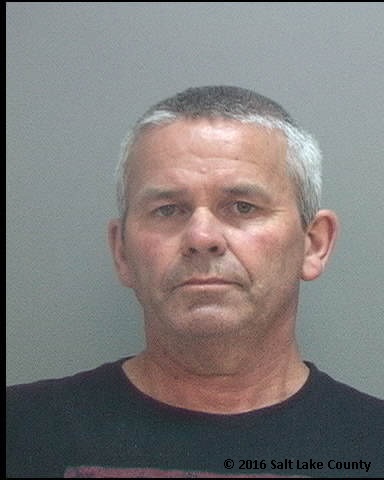 UPD detectives located the vehicle on I-15 near the Salt Lake County/Utah County border and conducted a traffic stop. Police used a drug-sniffing K9, and it indicated there were narcotics in the vehicle, the news release said.

According to UPD, police searched the vehicle and found a suitcase containing 68 pounds of meth, along with backpacks and notes with the names of several cities in Wyoming and Montana. Police said they believe Arcand was planning to deliver some of the meth in each of those cities, using the backpacks to hand off the drugs.

Police believe this was the largest methamphetamine bust in Utah history, according to the news release. The street value of the meth seized is estimated at over $2 million.

Arcand has been charged with possession with the intent to distribute methamphetamine.