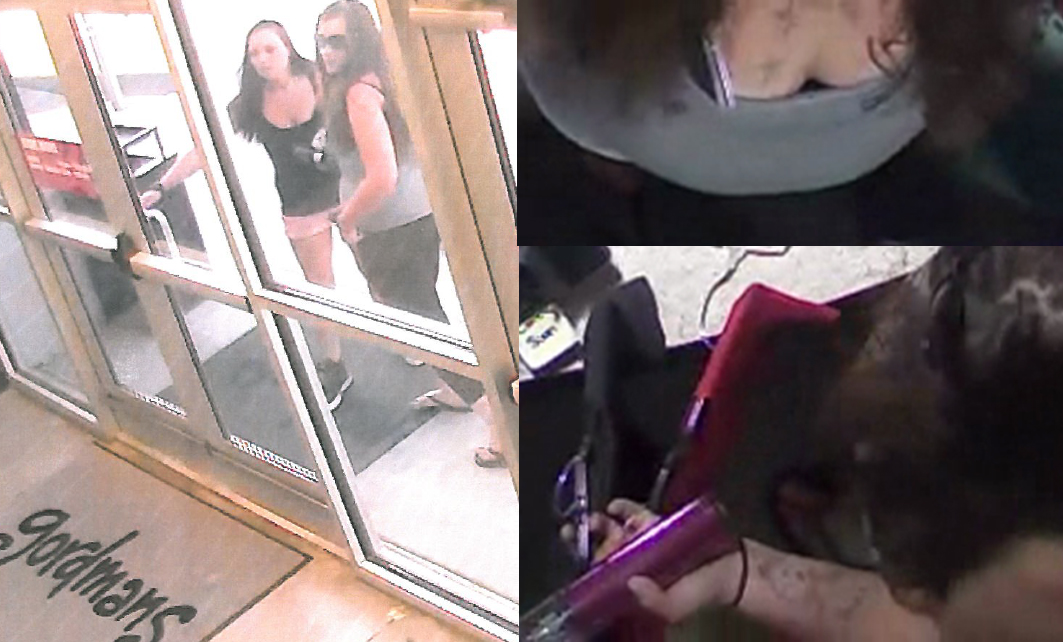 COTTONWOOD HEIGHTS, Utah — Police are asking the public for help in identifying two women who were captured on surveillance cameras before using a credit card that was stolen during a burglary.

According to a press release, the women used the stolen card at a Gordman’s clothing store in Midvale.

Police said one of the suspects was driving a black 2-door Honda, possibly an Accord, that has a sunroof and aftermarket rims.

One suspect is described as a white female who stands between 5-feet 5-inches and 5-feet 10-inches tall. She is between the ages of 25 and 30 and was seen wearing a gray tank top and black pants. She has long, curly brown hair and a tattoo of stars over her right breast.

The second suspect is a white female who stands between 5-feet and 5-feet 5-inches tall. She is believed to be between the ages of 20 and 25. She was seen wearing black tank top and pink shorts. She has long, straight brown hair and a tattoo on her right forearm.

The suspects and their vehicle are pictured above. Anyone who recognizes the women or the vehicle is asked to contact Lt. Dan Bartlett at 801-944-7046 and reference case #16×004582.