US swimmers were vandals, had guns pointed at them, police say 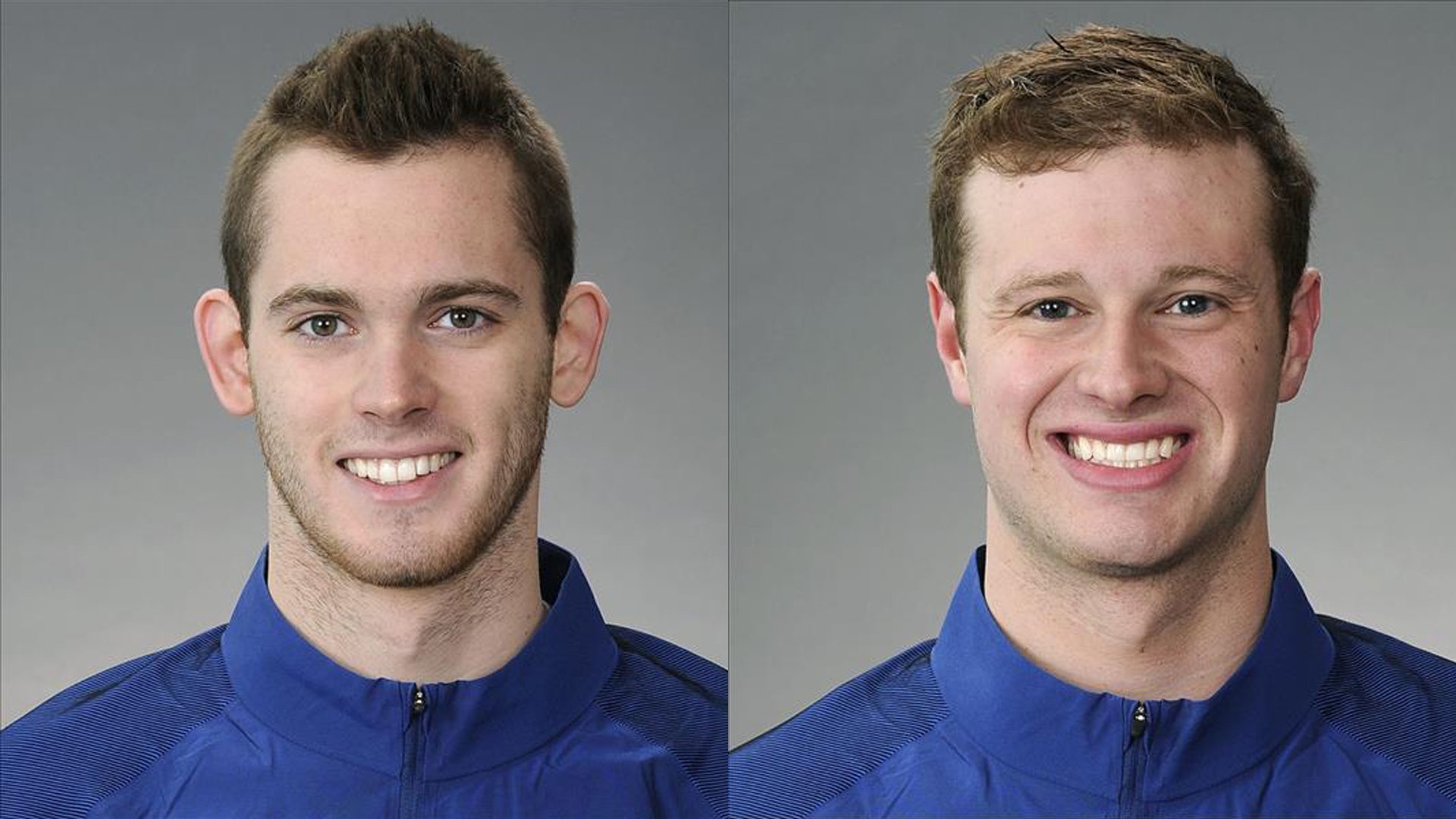 RIO DE JANEIRO — Brazilian authorities say Ryan Lochte and three other U.S. swimmers were never robbed, and that surveillance video shows them vandalizing a gas station after a night of partying.

Brazil’s Globo media group has released footage that shows US swimmers Ryan Lochte, James Feigen, Jack Conger and Gunnar Bentz at the gas station in Rio’s Barra da Tijuca neighborhood early Sunday when the athletes said they were robbed at gunpoint by men in police uniforms.

One of the American Olympic swimmers confirmed the account that the surveillance video showed that the swimmers — Ryan Lochte, Jack Conger, Gunnar Bentz and James Feigen — were committing acts of vandalism at a gas station when confronted by security guards, Brazilian police said.

The footage shows a man in the act of urinating in a side alley at the gas station and being confronted by gas station staff.

Daily newspaper O Globo cited the station’s owner as saying the athletes had thrown stones at the business and torn one of its signs before urinating in the street.

A police source told CNN that the athletes, who had been drinking, had torn a sign at the gas station and vandalized it.

U.S. Olympic swimmer Ryan Lochte was confrontational with security guards after they stopped him and three other American swimmers from vandalizing a gas station because he was “very angry because he was intoxicated,” said Fernando Veloso, chief of civil police in Rio de Janeiro.

A firearm was pointed at the American swimmers by one of the security guards at a vandalized gas station in order to control them, Brazilian police said. It is not being deemed an excessive use of force.

The four swimmers reached an agreement with the gas station manager and paid for the damages before leaving, the New York Times reports.

Civil Police chief Fernando Veloso said at a press conference about four American swimmers: “In theory, one or all of them might be charged for false communication of a crime and for damaging private assets, the gas station. I’m not saying that they are charged right now because of that. We have to finalize the investigation and in theory that could be the case. This is not really a — this kind of crime will not lead to their arrest.”

Civil police in Rio de Janeiro say that American Olympic swimmer James Feigen has not been interviewed. Gunnar Bentz and Jack Conger are giving their statements to police Thursday.

The swimmers’ accounts of being robbed at gunpoint have been subjected to increasing scrutiny, with Brazilian authorities issuing search and seizure warrants against the athletes to examine perceived inconsistencies.

Conger and Bentz were pulled off their flight bound for the United States overnight and had their passports seized as the affair spiraled into a diplomatic matter, which threatens to overshadow the Olympic Games as they draw to a close. The pair arrived at a police station Thursday in Rio’s Leblon neighborhood to answer questions about the incident.

An attorney for Lochte, Jeff Ostrow, brushed off suggestions of conflicting stories, saying the four swimmers’ accounts “are 95% consistent.”

He says his client, a gold medal winner in the pool in Rio, has been cooperative with authorities and has not been asked again for assistance.

Ostrow had confirmed to CNN earlier his client returned to the United States.

“He’s the victim. He didn’t commit a crime. Same with the other guys,” Ostrow said.

“The story needs to be about 20-something-year-old kids pulled off an airplane, they’re being detained to testify to police?” Ostrow said. “C’mon.”

The US Olympic Committee said the remaining three swimmers are cooperating with police. Feigen appears to be in Brazil, but it is unclear if he is in Rio.

The incident poses questions about how much the US Olympic Committee knew about the incident from the time it was initially reported — and what action it may take against its athletes if their behavior is found to have fallen short of expected standards.

The US Olympic Committee said the reported robbery occurred after the athletes left a party at the French hospitality house.

On Sunday, Lochte gave a chilling account to NBC, which is broadcasting the Olympics in the United States, saying the swimmers’ taxi was pulled over and men flashed a police badge at the Americans before forcing them to the ground. After Lochte refused to get down, he said a man cocked a gun and pressed it against his head.

But he changed his account slightly Wednesday, NBC reported, saying the men were robbed after using a toilet at a gas station. Lochte said two men tried to force them to the ground, one pointing a gun inches from him when he refused.

Ostrow said the gun was pointed near his client’s head, not against it, adding the difference was just “a matter of inches.”

Public speculation about the incident was fueled by the release of a video obtained by the Daily Mail, which it said was filmed shortly after the reported robbery.

The video appears to show the four swimmers returning to the Olympic Village, and in possession of high-value items that might be expected to have been taken in an armed robbery.

CNN is unable to authenticate the video.

Brazilian Judge Keyla Blanc De Cnop said the athletes’ jocular behavior upon arrival at the Olympic Village — combined with inconsistencies in their statements — led police to question the veracity of their claim.

The judge noted that Lochte had said a single robber approached the athletes and demanded all their money ($400), while Feigen’s statement said a number of robbers targeted the athletes but only one was armed.

Initial reports about the incident were confusing, with an International Olympic Committee spokesman first saying they were “absolutely not true” at a press conference Sunday.

He later backtracked and apologized, saying he was relying on initial information from the US Olympic Committee that was incorrect.

Ostrow told CNN that the discrepancy came because Lochte first told his mother about the incident and then she relayed it to the media.

Lochte held off on going to the media until he realized he was not in violation of any US Olympic Committee rules, but by then, the story had gone public, Ostrow said.

Ostrow said the video doesn’t show a complete picture of what happened, especially considering it has no audio.

“That video shows me nothing — it shows guys coming home at 6 or 7 in the morning and shows me they’re happy that they’re alive,” he said.

“When you have one of America’s athletes who comes out and said something happened to him that happens to people there every single day, that doesn’t look good for a country trying to have a successful Olympics,” Ostrow told CNN over the phone Thursday.

The swimmers are not the only athletes in Rio to complain of theft.

The British Olympic Association told CNN on Thursday that one of its athletes had been a victim of theft there.

“We can confirm there has been an incident of theft involving a Team GB athlete returning to their accommodation. All members of our delegation, including the individual concerned, are accounted for, and are safe and well,” a representative said.

The Australian team also said they had property stolen during a fire evacuation of the team’s building in the Olympic Village.

Some Twitter users rushed to the swimmers’ defense while chiding Brazilian authorities, many using the hashtag #LochteGate.

Another described the event as “unlucky,” suggesting the police rarely do anything about crime.

But others were not so convinced.

The removal of the swimmers from the plane Wednesday night follows reports that the Brazilian judge issued a search and seizure warrant for Lochte’s and Feigen’s passports as questions emerged about their accounts.

Sergio Riera, an attorney for Conger and Bentz, said the swimmers were frightened and confused as to why they had been taken off their flight and over what they were being ordered to do by authorities.

“Until that confusion is resolved, they won’t be making statements (to police) but will later obviously be prepared to cooperate in whatever the police require,” Riera said.

Brazilian civil police said they continue to look for the taxi driver with whom the athletes say they were riding. Police say they have asked the driver to come forward.