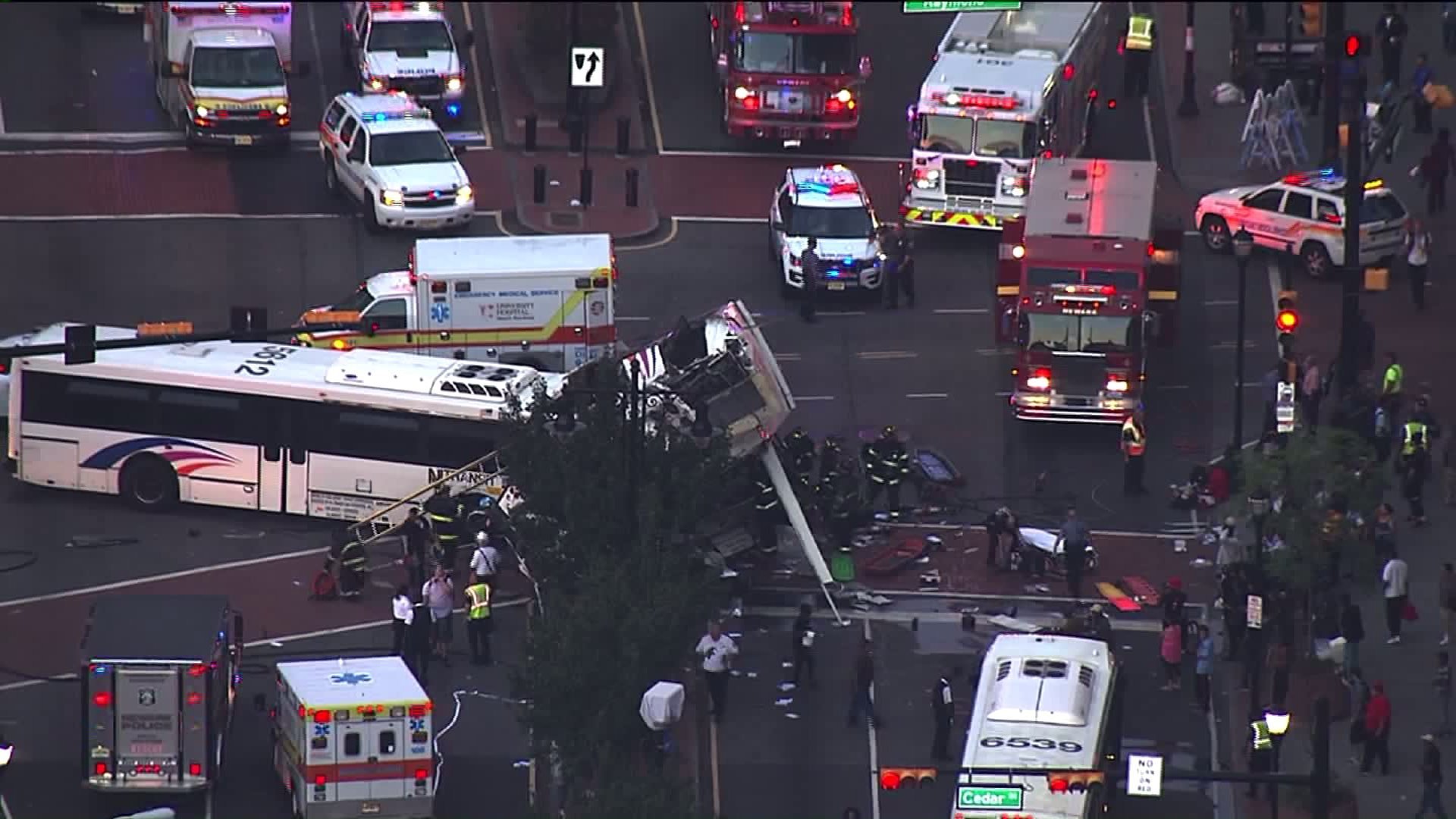 (CNN) — Two people are dead and 17 others injured after a commuter bus collided with another bus in Newark, New Jersey, Friday, authorities said.

Shortly after leaving Irvington Terminal around 6 a.m., the No. 13 bus was driving up North Broad Street when it was t-boned by the No. 59 bus headed westbound on Raymond Boulevard, according to NJ Transit officials and the Essex County Prosecutor’s Office.

The collision killed the driver of the No. 59 bus, Joseph Barthelus, and a passenger on the other bus, Jesy Garcia, a 49-year-old resident of Newark, authorities said.

NJ Transit officials, along with local police and emergency responders, were among the first to arrive at the crash site, where they found the No. 13 bus overturned and nearly split in half.

Emergency responders removed the passengers from the wreckage one by one, strapping some onto gurneys before transporting them to several local hospitals. The No. 59 bus carried no passengers.

They were joined by employees from the nearby Starbucks, who, after seeing the crash, rushed out with first aid kits, water and ice packs for the wounded, according to CNN affiliate WPIX.

Roberts has worked for NJ Transit for 35 years, and Barthelus was there for 27 years, authorities said. The cause of the crash has not been determined.

Shortly after the wreck, Newark Mayor Ras Baraka arrived at the crash site to speak with investigators. After surveying the scene, he told reporters that one of the drivers might have run a red light. However, officials said, both the Essex County prosecutor’s office and Newark Police Department would continue to investigate what led to the fatal wreck.

“We’re praying for all of those in the hospital,” Baraka said at a news conference.

Christopher Trucillo, police chief of NJ Transit, expressed his condolences to the family of the decreased driver of the No. 59 bus, a longtime employee of the agency.

“Our hearts and sympathies go out,” Trucillo said, “not only to his family, but to all our bus employees.”