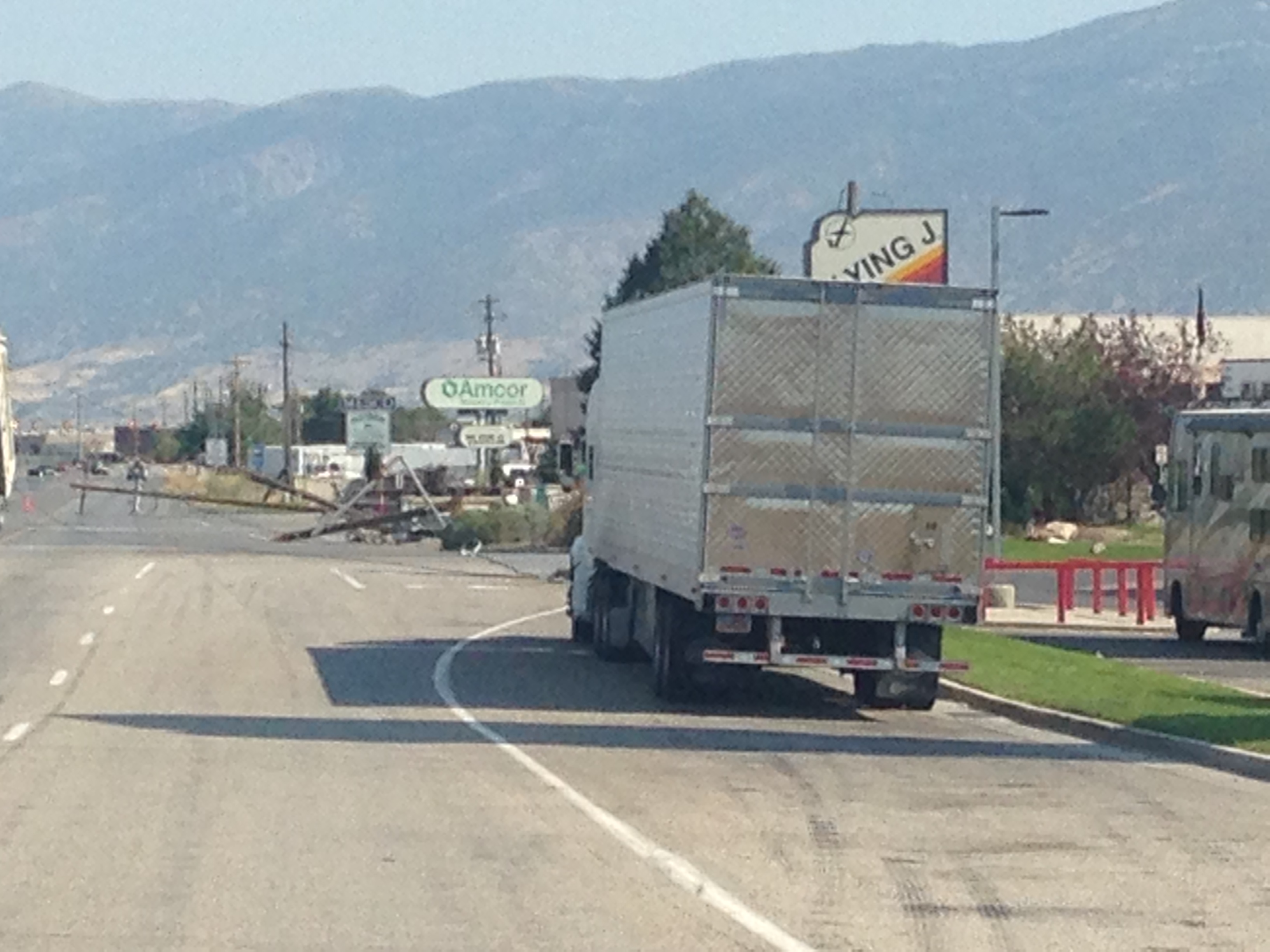 South Davis Metro Fire stated around 11:20 p.m. that the crash and resulting fires had closed the road in both directions, but by about 3:30 p.m. the road had been reopened.

While the road is open again, fire officials said crews are still on scene working and that drivers should use caution. The crash caused a power outage in the vicinity.

Redwood rd closed north and south bound between center st and 215. NSL, due to a crash and down power lines. Use alt routes.

The road was closed between Center Street and Interstate 215 near the Flying J at 885 S. Ridge Point Drive. No injuries have been reported.