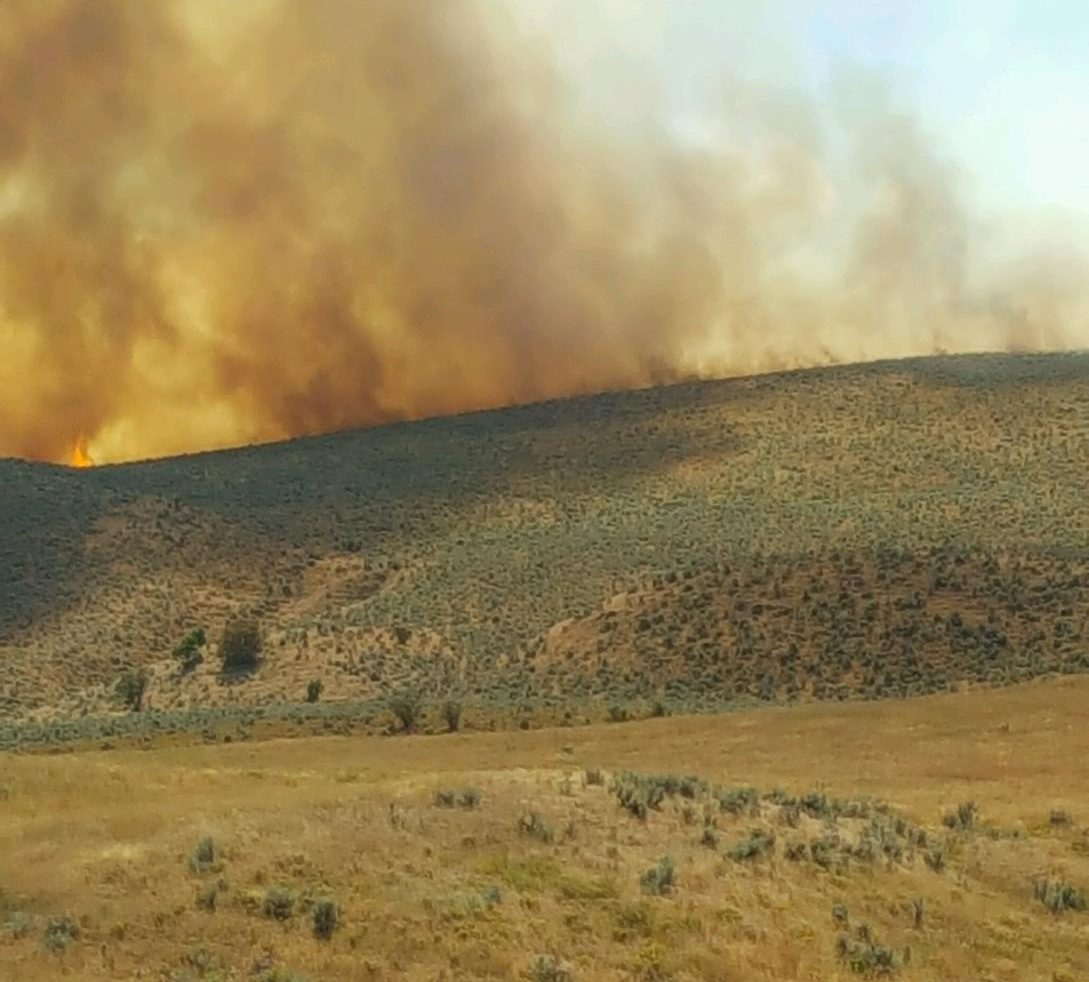 FRANKLIN COUNTY, Idaho — A grass fire on the Idaho-Utah border is under control after consuming 2,000 acres, Tuesday.

Clifton, Idaho residents were asked to evacuate their homes as the blaze moved quickly through the area. Some of the homeowners stayed behind to protect their property and livestock.

“It got pretty close,” said homeowner Doug Moyle. “We were concerned. We didn’t think it would come this close until it happened all at once.”

Several of surrounding agencies, many from Utah, came to assist in fighting the fire. Scott Martin, battalion chief for Franklin Fire District, said it was very tense for a while.

The fire is now mostly contained. No structures were burned and no injuries were reported.

Crews were still on scene to make sure there are no major flare ups.

Martin said firefighters will be on scene throughout the night and possibly tomorrow.