Scofield Reservoir closed to recreational use due to toxic algal bloom 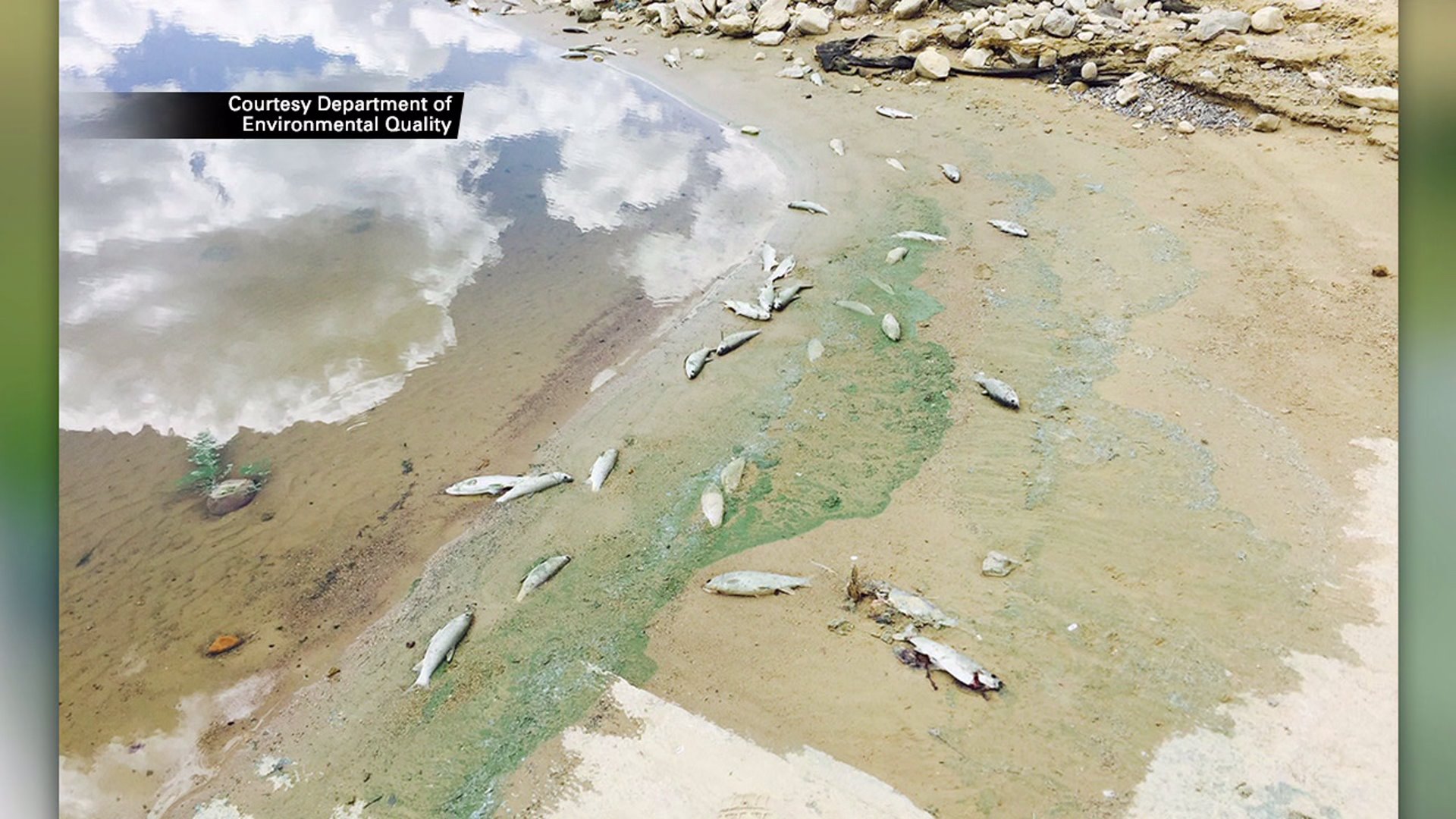 CARBON COUNTY, Utah — Health officials have closed Scofield Reservoir to recreational use Wednesday due to a harmful algal bloom that may pose a serious health risk to people and animals.

According to a press release from the Department of Environmental Quality, lab tests of samples taken at the reservoir indicate toxins are present in the water.

“There was a fish kill this past weekend, a large fish kill and some duck deaths,” said Jodi Gardberg, Environmental Program Manager for the Utah Division of Water Quality, earlier in the week.

While the campground remains open, visitors are advised to stay out of the water and keep their pets out as well.

“Our primary concern is always public safety and we support the Health Department’s decision to temporarily close the reservoir,” stated Jonathan Hunt, the Scofield State Park Manager in the press release. “While this closure may be inconvenient to boaters and anglers planning to come here for the holiday weekend, we would encourage them to visit other state parks in the region like Huntington and Millsite State Parks.”

The Price River Water Improvement District states the drinking water supply for the area is carefully monitored, and they recently installed systems capable of treating the supply with ozone specifically to remove algae and its precursors.

Samples will be taken to, “continue to ensure the safety of the drinking and agricultural water systems, as the prevention of any toxins entering these systems are the highest priority,” the press release states.