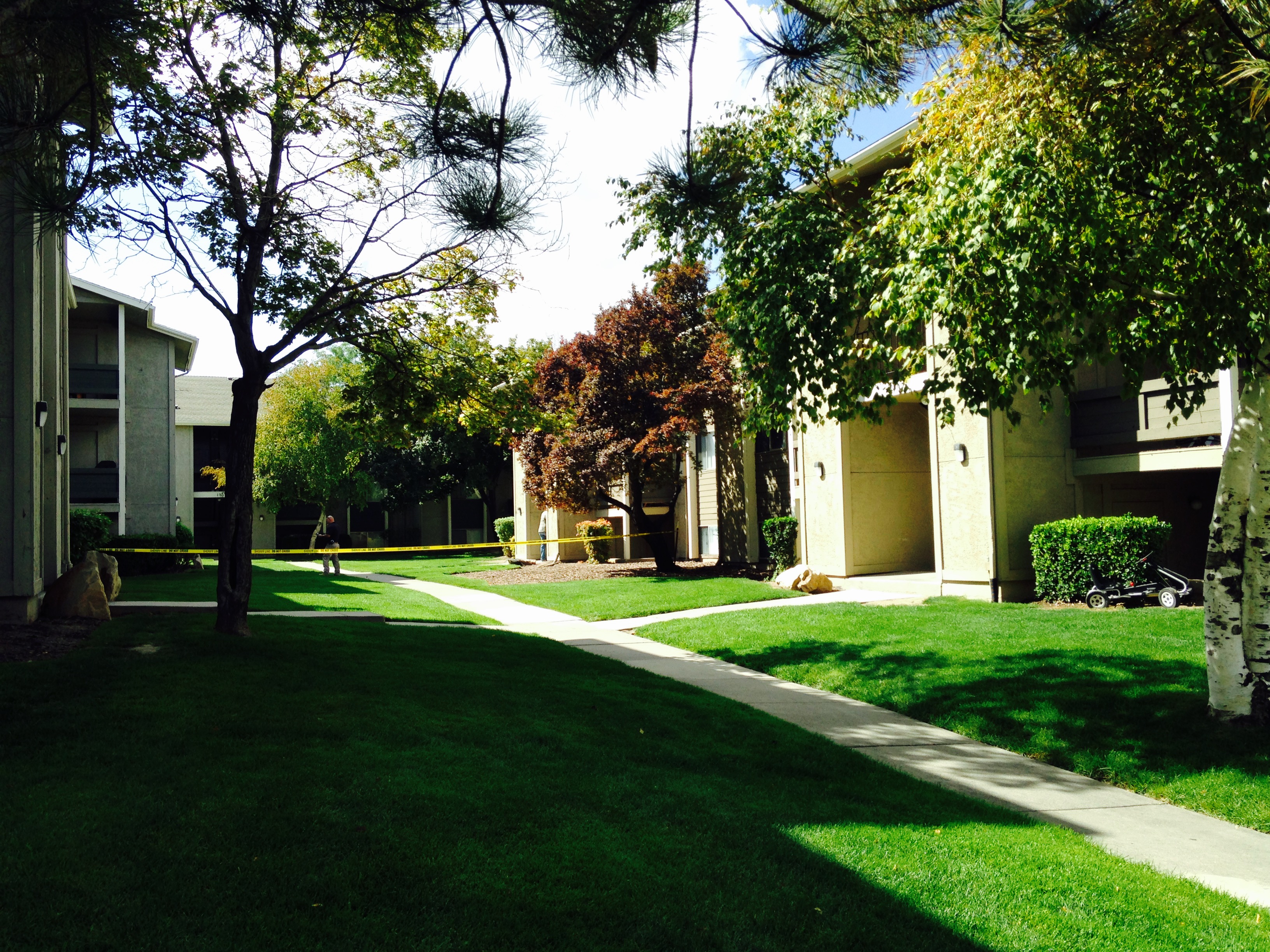 MIDVALE, Utah –  Police are looking for two suspects in a shooting that left one man dead and another in critical condition in Midvale Saturday morning.

Officials said 21-year-old Deondre Baldwin was killed and a 20-year-old man is in the hospital.

At about 9:55 a.m., officers responded to an apartment complex at 189 West and Plum Tree Lane on a report of shots fired where they found the men.

This is a developing story. More details will be provided as they become available.