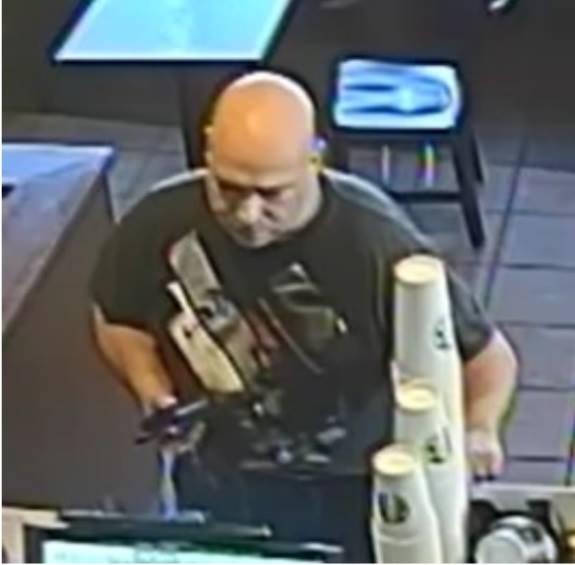 Police also had a little bit of fun while describing the crime.

“Please be on the lookout for the man who committed this coffee caper, but beware, he may be a little jittery. Just give us a call and we’ll take care of the rest. We’ll even make sure he gets a cup of coffee. Not those pumpkin spice lattes, though. The jail doesn’t serve them.”

Police did not provide specific details about the date or location where the transaction occurred, but surveillance images appear to show the interior of a Starbucks location.

Anyone who recognizes the man or sees him is asked to call police at 801-840-4000 or contact them through their Facebook page. Tips can be made anonymously.