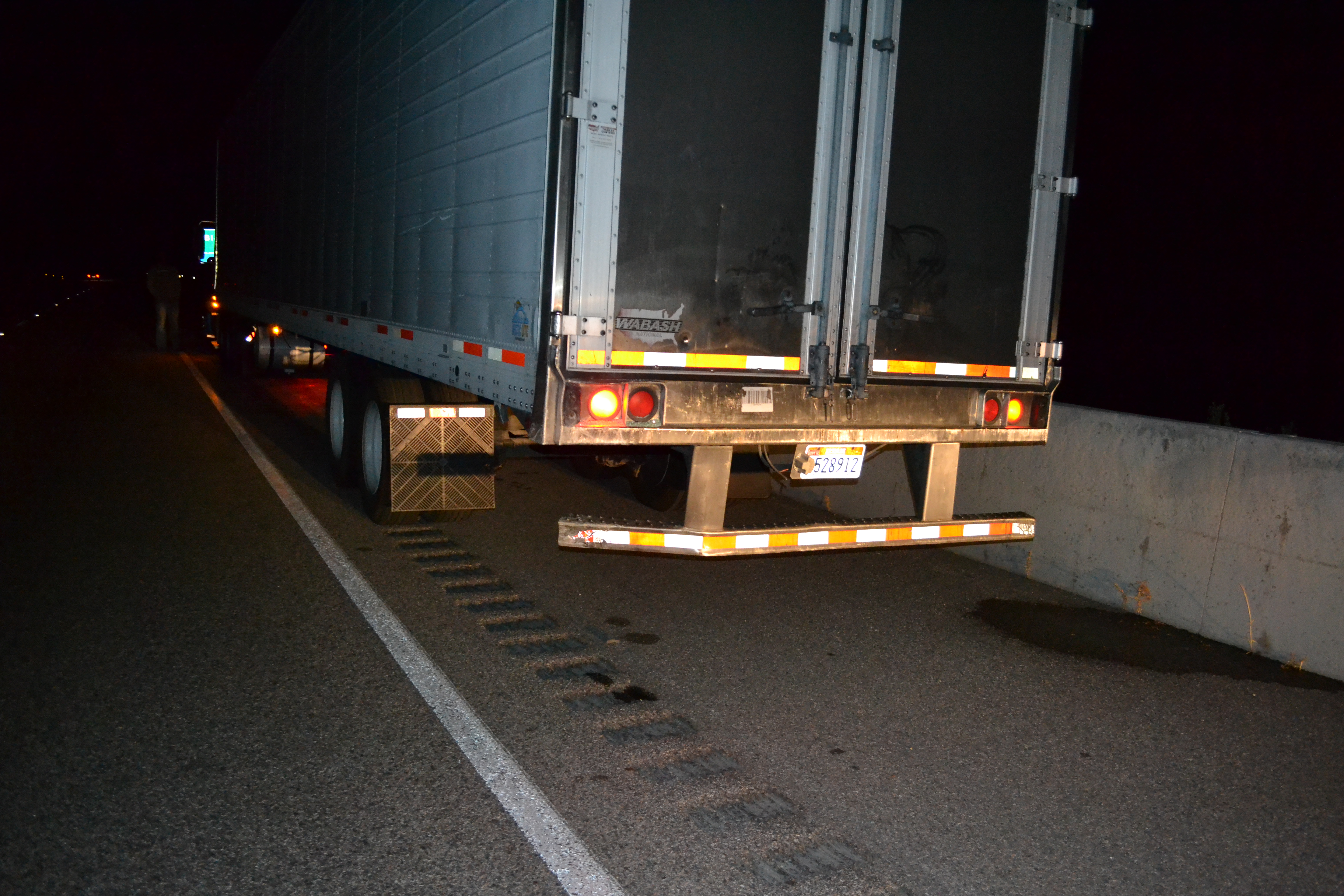 WASHINGTON COUNTY, Utah — Two men from Cedar City were killed in an early-morning crash Saturday after a car collided with a semi on northbound I-15.

According to the Utah Highway Patrol, the crash occurred on northbound I-15 near mile post 34.4 just before 4 a.m.

A Pontiac Grand Prix carrying three adult males came upon a slow-moving semi in the right lane of travel, and though the driver of the Pontiac swerved to miss the semi, he could not avoid contact.

The Pontiac struck the left side of the trailer and the rear bumper. The impact tore through the Pontiac, killing the passengers in the front right and rear right seats.

The deceased are identified as 25-year-old Nigel J. Chavez and 26-year-old Matthew Chavez, both of Cedar City.

The semi and Pontiac continued traveling north after the impact for about another mile before coming to a stop. Both drivers called 911. No major injuries were reported beyond the fatality.

UHP states alcohol is being investigated as a possible factor in the crash.