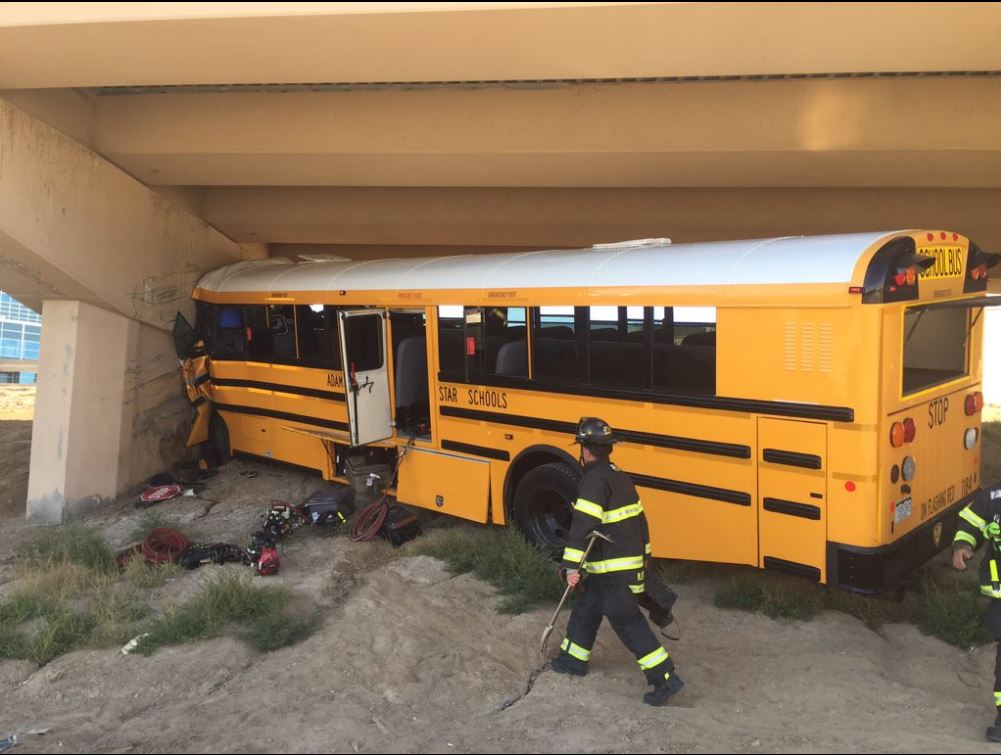 DENVER — A bus driver was killed and up to 20 players and coaches from a Colorado high school were rushed to hospitals following a crash at Denver International Airport Sunday afternoon.

KDVR in Denver reports the patients were taken to various hospitals. At least four of the individuals were in serious or critical condition.

The bus was carrying football players and coaches from Legacy High School in Broomfield. The team was returning from a game in California.

KDVR reports the driver suffered some kind of medical issue and veered the bus into an abatement a few yards from the terminal at the airport.

“Our thoughts and prayers go out to the legacy football team, coaches, and families

Visit KDVR for updates on this developing story.