SWAT situation at Ogden home ends with 3 men in custody

OGDEN, Utah - A SWAT situation outside an Ogden home led to the arrest of three men early Monday morning.

The men are suspected of breaking into two houses about three miles away from each other. Both homes were occupied by residents at the time, according to a Facebook post from Ogden police. Authorities are looking to determine if the two incidents are related.

The first break-in occurred at 1 a.m. when the suspects forced their way into a residence near 2100 South and Tyler Avenue. According to the Facebook post, the men demanded money and drugs.

The suspects stole property and left before police arrived at the scene.

At 4 a.m. and three miles away, Ogden police responded to a report of shots fire in the area of 200 East and 30th Street. When they arrived on scene, authorities say, initial investigation showed evidence that shots may have been fired.

Witnesses told police that several masked suspects forcefully entered a home in the area and shots may been fired outside the residence, according to the Facebook post. 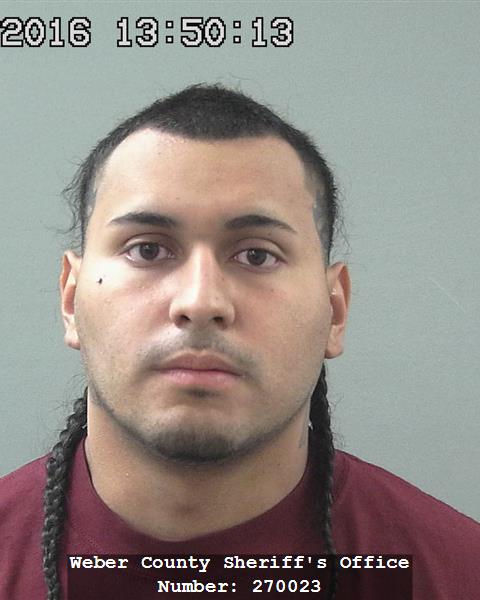 Like in the first incident, police say, the suspects demanded drugs from the residents.

Officers also on scene witnessed a masked individual, carrying a handgun, exit the house then quickly go back inside. At that point, police surrounded the home and Ogden Metro SWAT was called out.

During the initial stages it was unclear whether the residents inside the home were being held against their will or hiding somewhere inside.

It was later discovered the occupants of the home were hidden somewhere inside and called police from a cellphone, the Facebook post states. Four men and three women were eventually safely removed as the SWAT situation ensued.

Hours later, four men were taken from the house. One of them is believed to be a victim. He suffered non-life threatening injuries and was treated and released at an area hospital.

The suspects taken from the home have been identified as Mark Anthony Pizana, 24, Oscar Bermejo-Zaragoza, 18, and Lance Remus Hardy, 31.

They were all booked into Weber County Jail on charges of aggravated robbery and aggravated burglary of a dwelling.