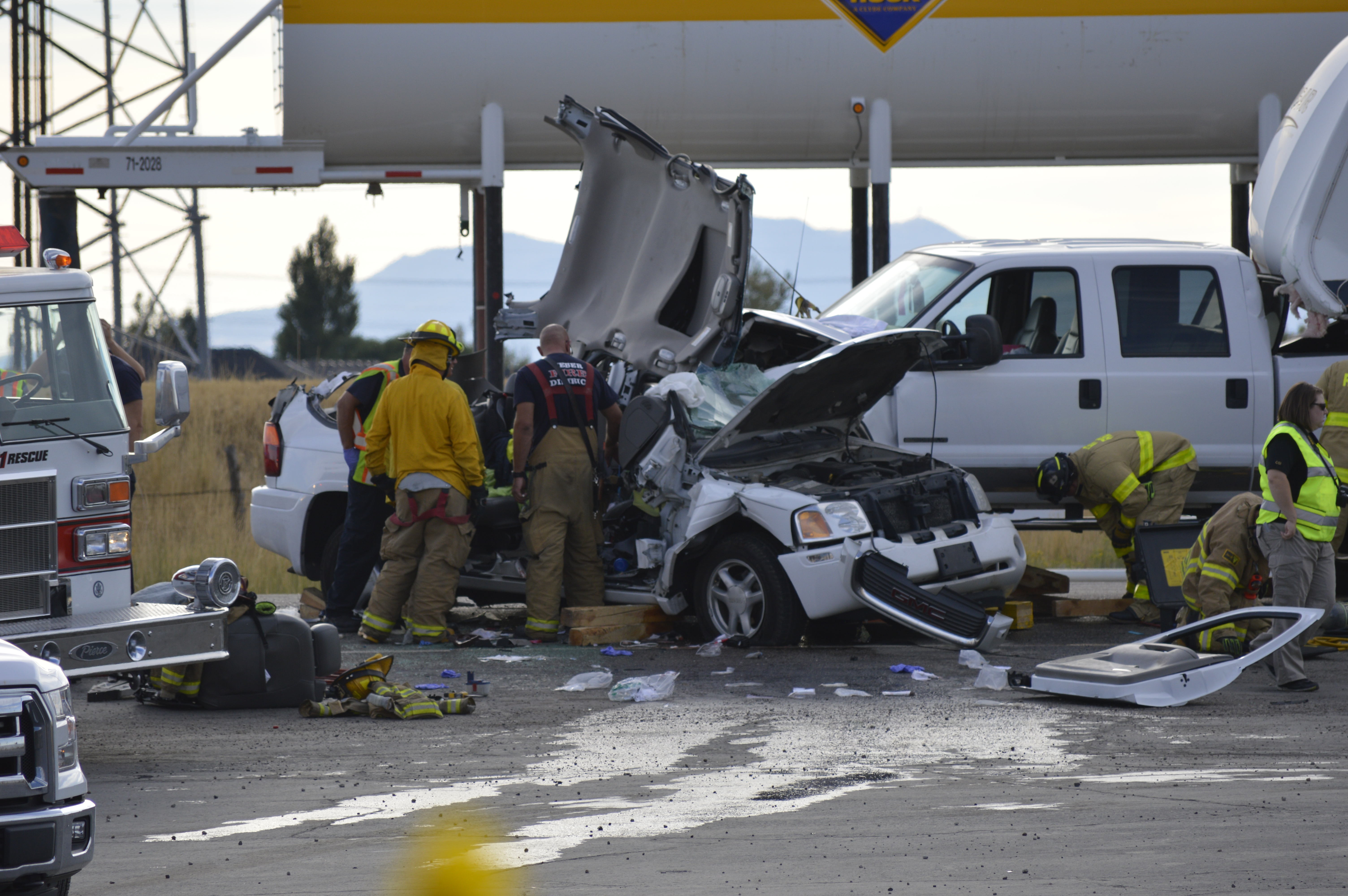 The crash occurred in the area of 4000 North and 2000 West in Farr West around 4:21 p.m., according to the Weber County Sheriff’s Office.

A GMC Envoy attempted to make a left turn onto 2000 West from 4000 North, and while doing so pulled in front of a Ford SuperDuty truck pulling a camping trailer. The truck hit the Envoy near the driver’s side door.

The driver of the Envoy, identified as 33-year-old Roberto Jimenez, was airlifted to a local hospital, where he later died. A 27-year-old woman and a toddler who were riding in the Envoy were taken to an area hospital in serious condition.

The woman has since been released. The child remains in the hospital but his condition is unknown.

Authorities were able to confirm Jimenez and woman were married. They believe the toddler is the couple’s child, but are still working to officially confirm that detail.

The driver of the truck, a 32-year-old man, was treated for minor injuries at the scene and released.