IRON COUNTY, Utah - A Minnesota man was arrested after leading authorities on a high-speed chase on southbound Interstate 15 Monday afternoon.

At about 3:05 p.m., dispatchers received a report of a reckless driver in a white Pontiac Grand Am was passing vehicles in the emergency lane on I-15 near mile marker 75, according to a press release from Iron County Sheriff's Office.

At about mile marker 43, the release states, Miller's vehicle ran out of fuel and he came to a stop off the side of the freeway.

Dashcam released by the sheriff's office shows the deputy ordering Miller to show his hands and then order him out of his car and onto the ground.

Miller complied with authorities' commands and was taken into custody peacefully.

The release states Miller doesn't have any known warrants. He has been charged with evading and reckless driving. 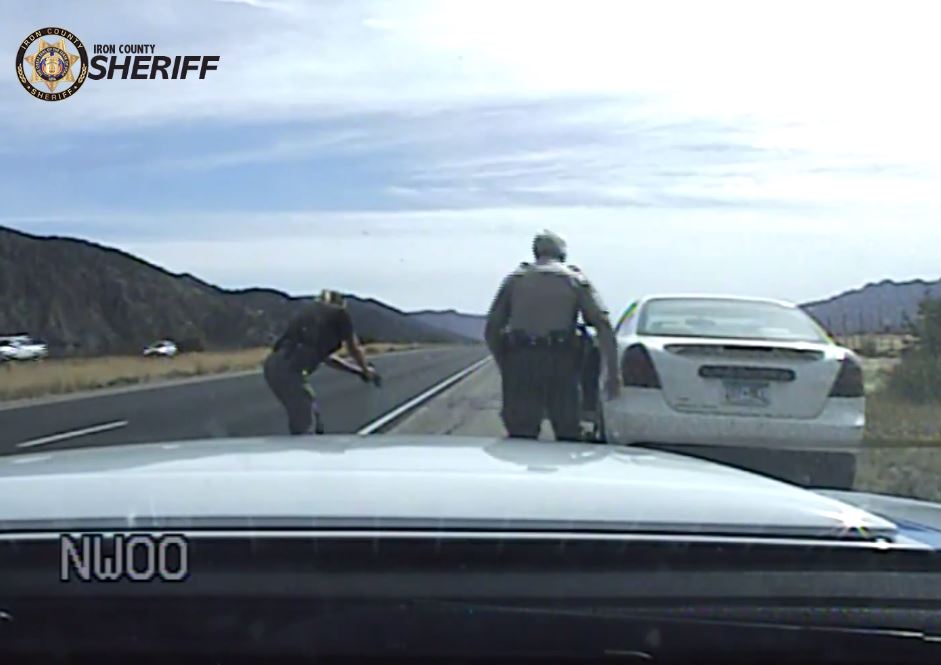