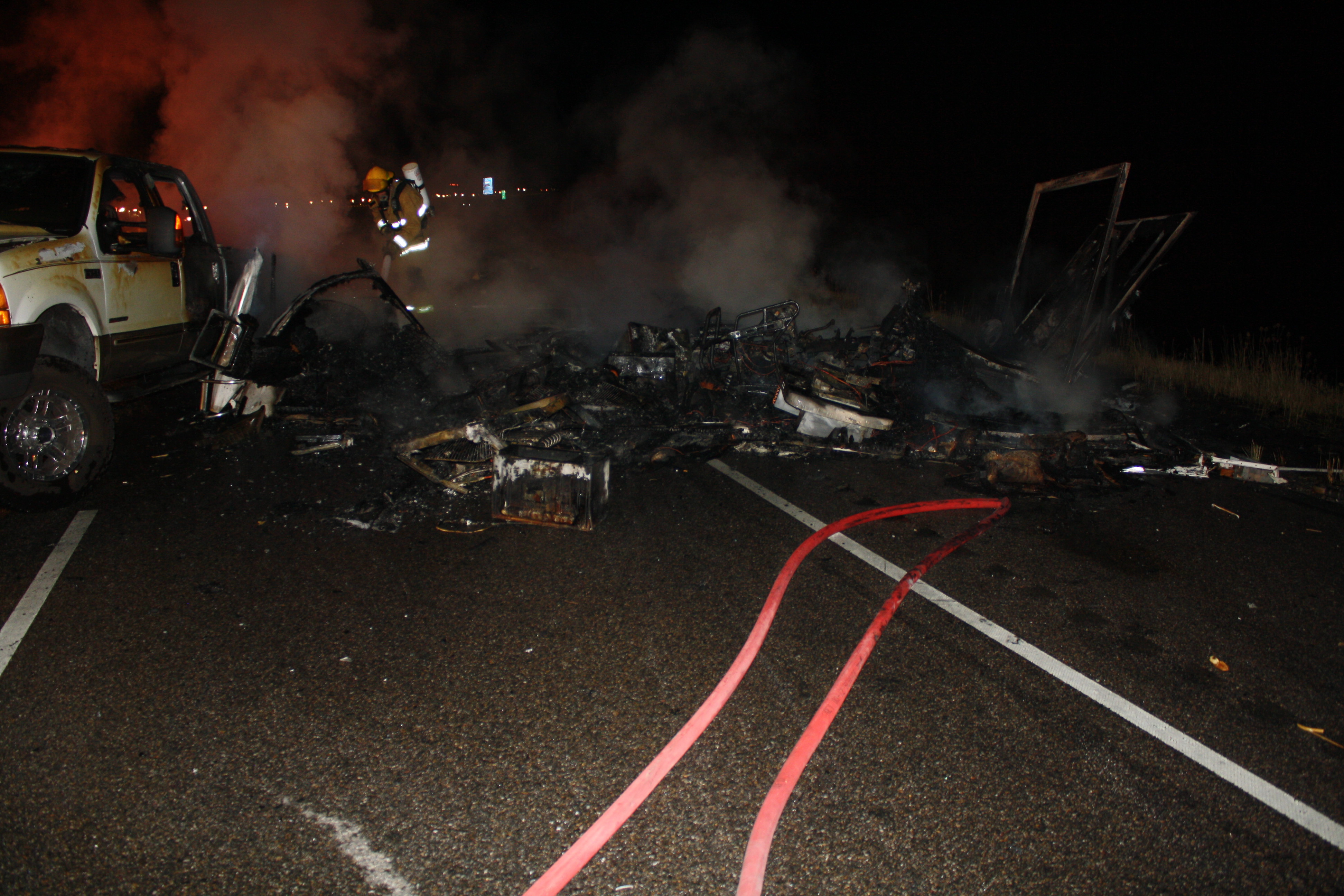 The fire was a result of a single-vehicle crash, which occurred at about 8:36 p.m. A 29-year-old man, traveling north on State Route 91 in a 2000 Ford F-250 Quad cab truck and hauling a toy hauler camp trailer, came around an area known as the big curve when the trailer started to weave, according to Utah Highway Patrol.

The driver was unable to regain control before he hit the inside emergency lane cement wall then jack knifed, blocking both lanes and the emergency lane. The trailer and truck then caught fire.

The man, who was the sole occupant of the vehicle, got out before the truck became fully engulfed in flames, according to UHP.

The crash and fire shut down northbound SR-91 and closed the road to Mantua until the truck and trailer could be moved.

The outside northbound lane suffered char damage, according to UHP.

The entire roadway was reopened by midnight.