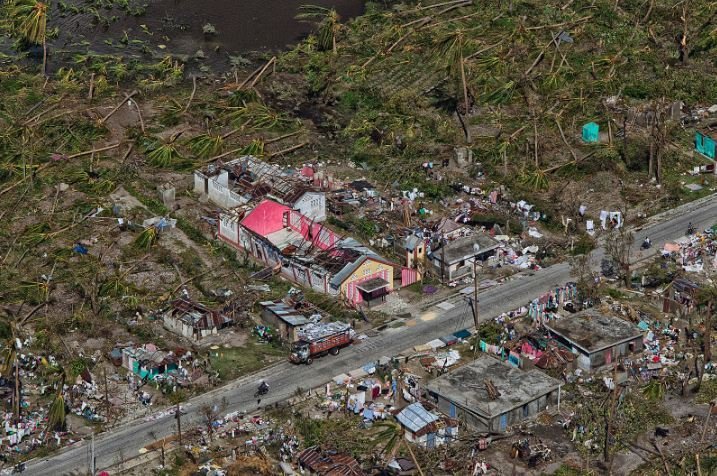 (CNN) — Hurricane Matthew has left behind widespread destruction across Haiti and killed hundreds in its path, and officials fear the death toll could increase as aid workers scramble to gain access to some of the country’s hardest-hit areas.

“The death toll is rising on an hourly basis as aid workers and authorities get into these really hard-hit regions where not only communication and power were knockout but the roads were knocked out, so there has really been no way in,” CNN International Correspondent Shasta Darlington reported from Port-au-Prince on Saturday morning.

The death toll in Haiti from Hurricane Matthew continues to rise.

At least 336 people have died since Matthew made landfall in Haiti on Tuesday as a Category 4 hurricane, spokesman for Haiti’s Civil Protection Service, Joseph Edgard Celestin told CNN. “Four people are missing, 211 are injured and more than 60,000 people are now displaced from the killer storm.”

“We do not know the exact number, we cannot find all the people,” Haitian senator Herve Fourcand, told CNN on Saturday.

Other media outlets report much higher deaths. A count by Reuters, based on information from local civil protection officials, puts the death toll well over 800.

“It’s only now that we’re beginning to really understand the extent of the devastation,” Darlington said.

Matthew struck the southwestern peninsula with 125 mph (200 kph) winds and heavy rains that flattened homes, flooded villages, razed crops, swept away cattle and cut off the parts of the island.

Worse still, there are warnings this could worsen the nation’s cholera epidemic, which killed at least 10,000 people after the 2010 earthquake.

“Cholera is the biggest problem right now,” Fourcand said. “We need clean water, the water here is so dirty.”

An estimated 500,000 children live in the areas worst hit by Hurricane Matthew, UNICEF said in a statement. UNICEF Representative in Haiti Marc Vincent said they are “still far from having a full picture of the extent of the damage,” as they “are hoping for the best, but bracing for the worst.”

UN officials said the hurricane is the country’s worst humanitarian crisis since the devastating 2010 earthquake that killed more than 200,000.

CNN’s Natalie Gallon and Radina Gigova contributed to this report.