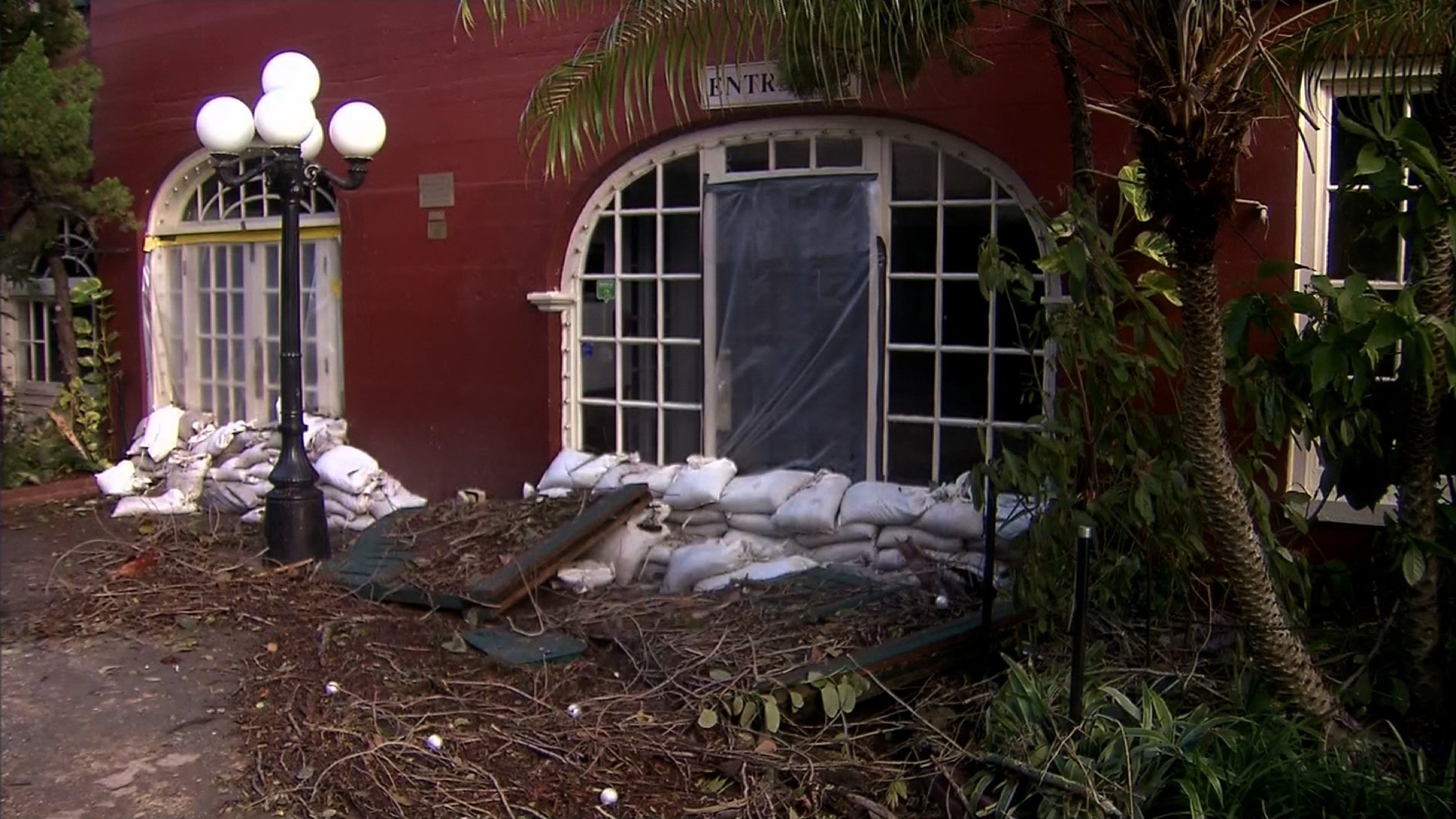 (CNN) — Category 1 Hurricane Matthew made landfall late Saturday morning over South Carolina’s central coast, and the storm’s sea surges and rainfall appeared poised to threaten life-threatening inland flooding for that state and North Carolina as the storm crawled to the northeast.

The storm has killed hundreds in the Caribbean and at least four people in Florida, and left swaths of damage and hundreds of thousands of power outages along parts of the US southeast from Florida to the Carolinas.

Though the storm has weakened, serious threats remain: Up to 15 inches of rain are possible near and east of Interstate 95, the hurricane center said.

That’s in addition to possible storm surges of 5 to 7 feet from Charleston to Cape Fear, North Carolina, the National Weather Service says.

“This has the potential for the worst flooding since Hurricane Floyd,” North Carolina Gov. Pat McCrory said during a Saturday morning news conference. Floyd, a Category 2 storm, hit North Carolina hard in 1999.

“It’s not just about the beaches. It’s (also) inland where we can have loss of life,” he said as Matthew approached.

Even though Matthew made its first technical US landfall Saturday morning, part of the storm’s eyewall — the hurricane’s strongest section — passed over parts of coastal Florida, Georgia and South Carolina from Friday into Saturday, helping to flood low-lying areas, down trees and make some roads impassable.

• The storm has killed hundreds in the Caribbean, almost entirely in Haiti. More than 300 people died in Haiti, according to Haitian senator Herve Fourcand. Others report much higher deaths. A count by Reuters, based on information from local civil protection officials, puts the death toll in Haiti well over 800. Four deaths were reported in the Dominican Republic and one in St. Vincent and the Grenadines.

• At least four people died as a result of the storm in Florida, officials said.

• As of 2 p.m. ET, Matthew’s center was over Myrtle Beach, with hurricane-force winds extending outward up to 25 miles from that center. The storm was moving northeast at 12 mph as a Category 1 hurricane.

Flooding plagued near-coastal communities in Georgia and South Carolina from Friday night into Saturday. Flash flood warnings were issued in several locations across the states, including near the state line and the Summerville area near Charleston.

In the coastal Georgia city of Savannah, 85-year-old Sue Alice Walker was sleeping in her house when she awoke early Friday evening to find water — eventually about 3 inches — flowing inside.

“First I saw it in the living room, then in the kitchen, and then last it came in my son’s room,” she told CNN’s Sara Ganim, adding that she spent the rest of the night and much of Saturday morning mopping and shoveling the water into buckets.

Matthew left more than 100 roads impassable in the Charleston area Saturday morning, and damage assessments had yet to be completed in a large portion of the state, officials said.

South Carolina Gov. Nikki Haley, who’d warned coastal residents to evacuate ahead of the storm, asked them to stay away a while longer Saturday morning.

“The immediate concern is life-threatening rain and water (from storm surge),” he said.

Officials are concerned that areas — such as Fayetteville, home to the Army’s Fort Bragg — that were recently flooded will see more rain from Matthew.

Matthew battered the coast of east-central and northeastern Florida on Saturday, leaving four people dead and swaths of damage.

The dead included a woman in her 60s in Volusia County who was killed by a falling tree and an 82-year-old man and a woman in St. Lucie County, officials said. The latter two had medical emergencies and responders were unable to reach them in time because of hazardous weather.

A woman in northeast Florida died after a tree fell on her camper trailer, the Putnam County Sheriff’s Office said.

Water from the storm rushed through streets, making roadways look more like rivers, in parts of Jacksonville, Merritt Island, Fleming Island and other Florida communities.

Florida struggled with the rising water, rain and strong winds as meteorologists said the storm surge had been measured at more than 4 feet in some areas.

Jacksonville was not battered as heavily as initially feared. But several communities nearby received extensive damage with water surging down some streets, and massive trees toppled over. The Jacksonville Beach Pier washed away Friday morning, according to CNN affiliate WFOX/WJAX.