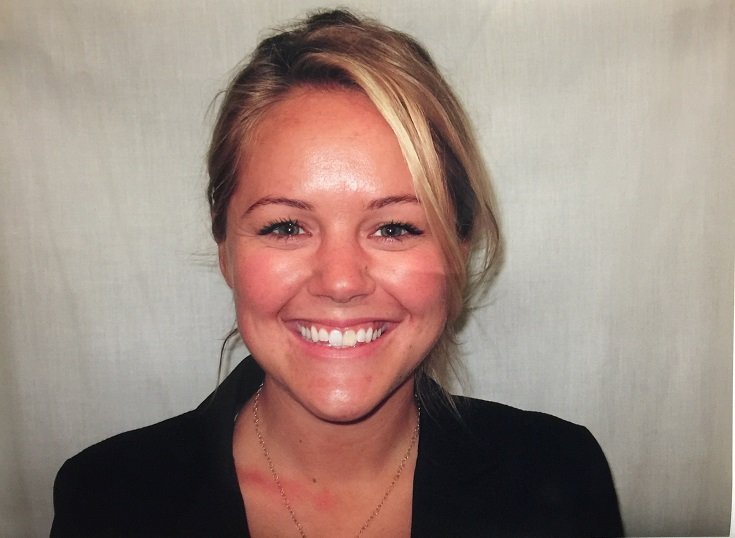 (CNN) — He was a 35-year veteran police officer, headed for retirement. She was relatively new to the police force, just back from maternity leave.

They were among the first to respond to a family disturbance call Saturday in Palm Springs, California, and it cost them their lives.

The officers tried to negotiate with a distraught man, asking him to step outside his residence, Palm Springs Police Chief Bryan Reyes said Saturday at a news conference. Instead, the man shot at police from behind the closed front door, police said.

The incident then evolved into a standoff that extended into early Sunday after the suspect barricaded himself in his home.

The two slain victims were identified as Jose Gilbert Vega, 63, who was due to retire this year, and Lesley Zerebny, 27, a new mom. Both were rushed to a nearby hospital, where they died from their injuries.

They become part of a grim statistic: two of 43 law enforcement officers shot to death so far this year in the US, according to the National Law Enforcement Officers Memorial Fund, which keeps data on officers killed on the job.

The suspect, John Felix, a 26-year-old resident of Palm Springs, was arrested early Sunday — more than 12 hours after the fatal shootings, police said.

“It was a simple family disturbance, and he elected to open fire on a few of the guardians of the city,” Chief Reyes said.

Felix surrendered “peacefully” after a lengthy standoff, according to a statement the Riverside County Sheriff’s office. He was treated at a local hospital for non-life-threatening injuries.

Felix was to be booked into the Robert Presley Detention Center in Riverside on two counts of murder of a peace officer, the statement said.

The incident started after officers responded to a 911 call at a house in this desert resort town about 100 miles east of Los Angeles.

A woman made the call around midday local time and said her adult son was causing a disturbance, Palm Springs Police Chief Reyes said.

When officers arrived, Felix refused to open the front door and threatened to shoot the officers, police said.

Within 10 minutes of their arrival, as they tried to get him to comply with their orders, Felix opened fire through the closed front door, according to police.

Palm Springs resident Arnold Morales described hearing a flurry of gunshots in rapid succession as he drove home from the gym.

“That’s not fireworks,” Morales told CNN affiliate KMIR. “(It was) bang-bang-bang. We must’ve heard at least 30 shots. It could be more.”

‘Awake in a nightmare’

“Today Palm Springs lost two brave officers that go out every day and put their boots on the ground for everybody in this community, ” Reyes said at an emotional news conference, fighting back tears.

“They gave it all for you.”

Vega, a father of eight, had served as a police officer for 35 years. He had filed paperwork to retire in December, but continued to pick up overtime shifts like the one he worked Saturday, the police chief said.

“Here he is, 35 years in, still pushing a patrol car for our community to make it better,” Reyes said. “On a day he wasn’t even designed to work.”

After going away on maternity leave, she had just returned to duty. She leaves behind her husband, who is a deputy with the Riverside County Sheriff’s Office, and a 4-month-old daughter.

“I am awake in a nightmare right now,” Reyes said.

“If I saw him at night I would be concerned”.

A neighbor who asked not to be identified or interviewed on camera talked to CNN’s Paul Vercammen Sunday about their experience with the suspect.

The neighbor said Felix used walk by his house on his way “to a rough neighborhood, a trailer park.”

“I actually caught him (8 years ago) jumping my wall as a short cut. I yelled at him. And he just started laughing about it. He didn’t care.”

“We would see him walking down the street,” the neighbor said. ” You could tell he was a hardened guy. Big baggy shirt. Big baggy pants. If I saw him at night I would be concerned.

“At one point we wondered, where did he go? And now they say he was in prison. Makes sense.”

‘My employees are broken’

Saturday’s shooting comes on the heels of a deadly summer for police officers in the United States.

“My employees are broken,” he said.

As the officers mourned, the community left flowers at the police station and held a candlelight vigil.

“No one deserves this, but especially them, they don’t deserve this,” one woman told CNN affiliate KESQ. “Our heart goes out to the families.”

California Gov. Jerry Brown offered his condolences to the officers’ families and ordered the state capitol flags to be flown at half-staff.

“Officers Vega and Zerebny were killed today doing what they do every day — protecting their community,” he said in a statement Saturday night. “We grieve with the family members, friends and fellow officers coping with this senseless tragedy.”

Palm Springs police officers led a procession for both officers from the Desert Regional Medical Center to the Riverside County Sheriff Coroner’s Office in Indio.

“Words cannot properly describe the heartbreak and the shock we are all feeling,” the Palm Springs Police Officers Association said in a statement.

Onlookers gathered at the Interstate 10 overpass as squad cars with flashing lights passed underneath them.

As police cars made their way down the interstate, motorists lit their lights in solidarity.