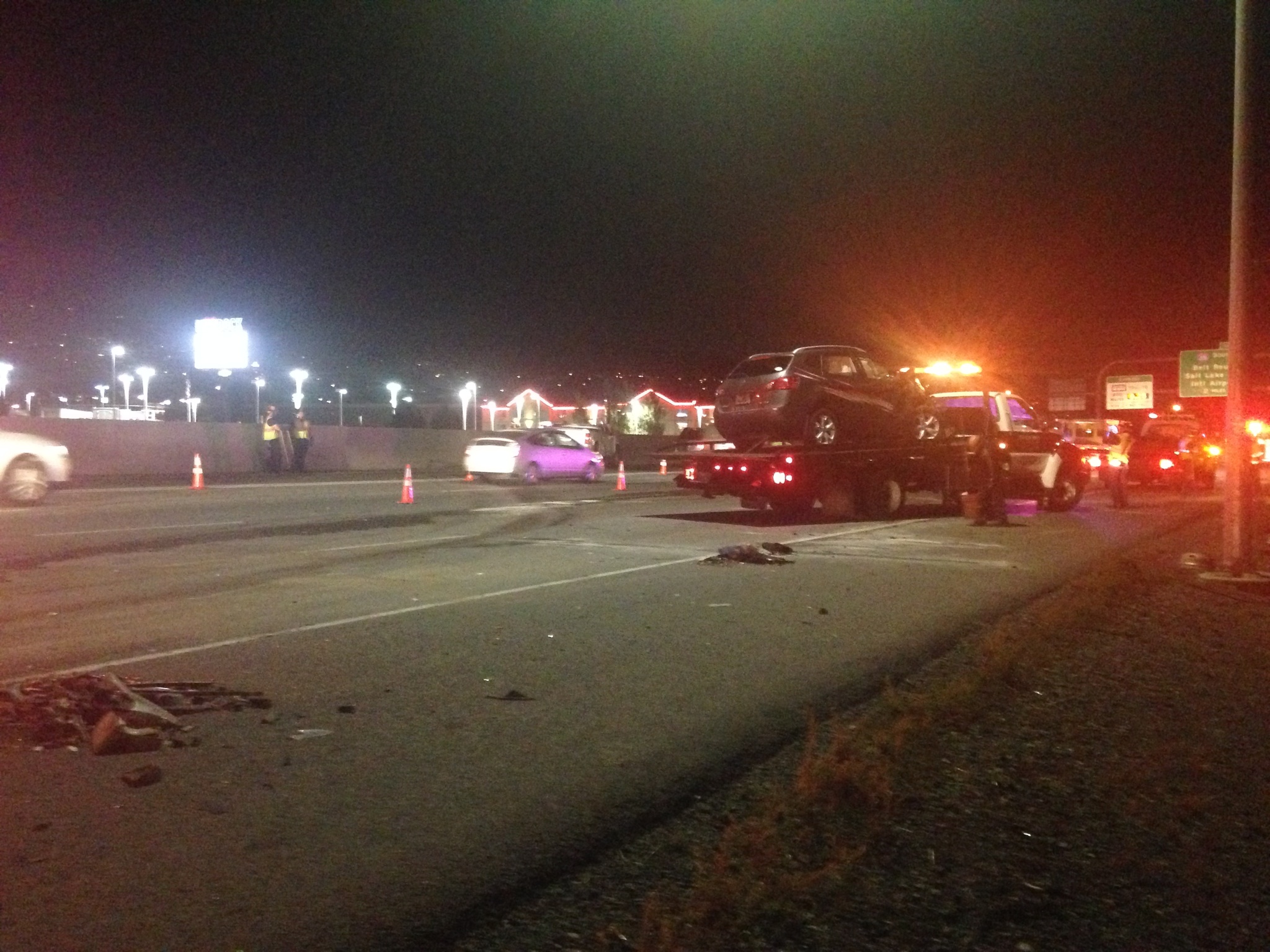 UPDATE: Around 10:15 p.m. MT, fire officials stated that all southbound lanes had reopened in the area of the crash.

WOODS CROSS, Utah — Four lanes of southbound I-15 are closed in Woods Cross Sunday night after a crash involving six vehicles, including a food truck.

At least two people were seriously injured in the crash, which temporarily closed all lanes of southbound I-15 at exit 316 near 500 South in Woods Cross. Later Sunday, several lanes reopened but traffic remained backed up in the area.

This crash is blocking 4 lanes with an expected clear time of 11:39 PM. If possible, avoid the area. https://t.co/pdPebW3XtW

Police at the scene said the chain reaction crash is believed to have started when a food truck being towed by another vehicle came loose and was struck by an SUV.

Fox 13 News has reached out to authorities for more information and we will update this story as more details emerge.