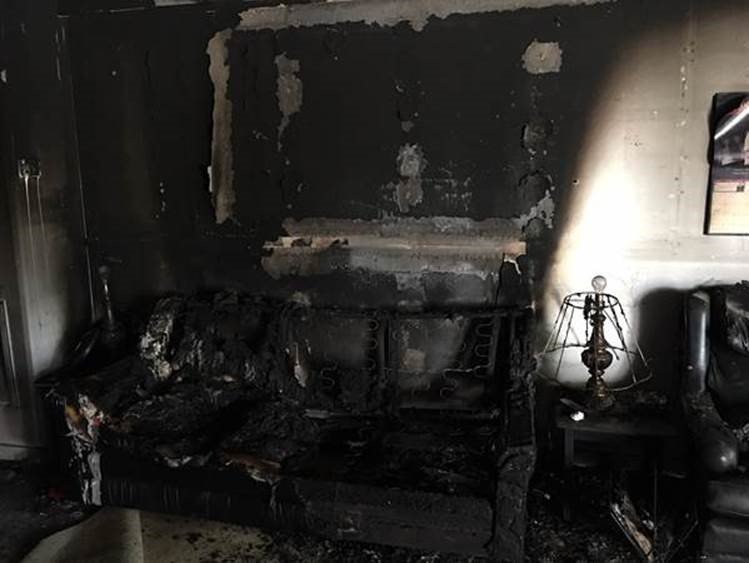 WASHINGTON (CNN) — A GOP office in Hillsborough, North Carolina, was firebombed overnight, with a swastika and the words “Nazi Republicans get out of town or else” spray painted on an adjacent building, according to local officials.

“The flammable substance appears to have ignited inside the building, burned some furniture and damaged the building’s interior before going out. The substance was housed in a bottle thrown through one of the building’s front windows,” according to a statement by the town of Hillsborough.

A bottle of flammable liquid was thrown through the Orange County Republican headquarters, police said.

“I believe I speak for the overwhelming majority of people who make Hillsborough their home: Acts like this have no place in our community,” he said. “Our law enforcement officials are responding quickly and thoroughly to investigate this reprehensible act and prosecute the perpetrators.”

North Carolina is a key swing state in the presidential election between Hillary Clinton and Donald Trump.

“The attack on the Orange County HQ @NCGOP office is horrific and unacceptable. Very grateful that everyone is safe.”

The North Carolina Republican Party tweeted its appreciation in response.

“Thank you for your thoughts & prayers, Sec. @HillaryClinton.”

“The office itself is a total loss,” Dallas Woodhouse, executive director of the state Republican Party, told The Charlotte Observer “The only thing important to us is that nobody was killed, and they very well could have been.”

Hillsborough police did not immediately respond to a CNN request for comment.