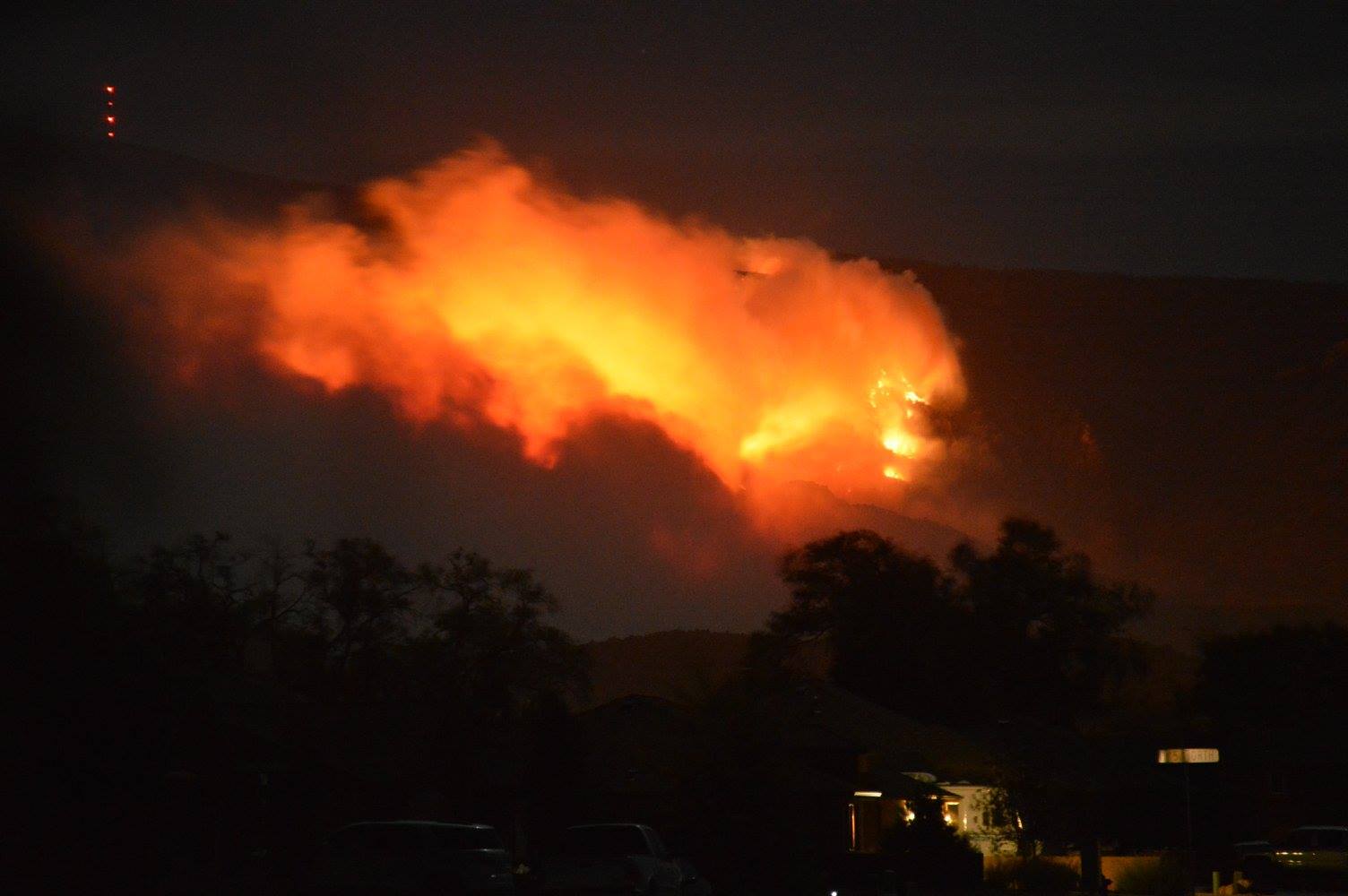 Fire officials said the cause of the fire is still under investigation, but initial reports indicate that some logging debris that had been smoldering for an extended period of time may have ignited the blaze.

Crews are having difficulty fighting the fire due to 40 mph winds and gusts up to 60 mph.

Three homes are under evacuation orders and the Cedar Highlands Community is on notice to evacuate if necessary.

Authorities said 12 fire apparatuses with aircraft have been ordered to the area.

Fire officials said the cause of the fire has not been confirmed to have started on private land but is suspected of starting there.