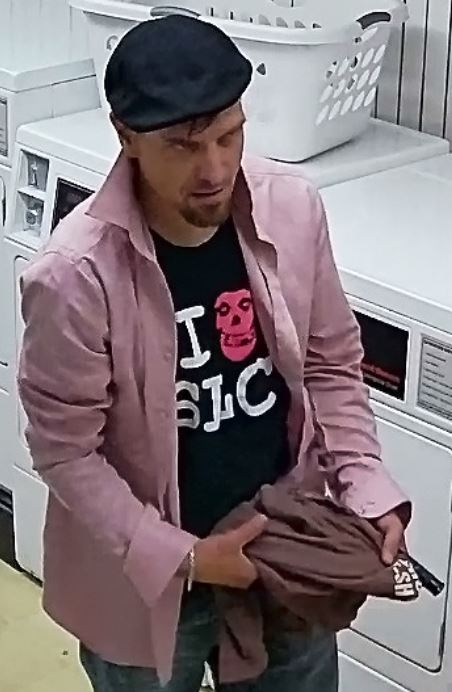 SALT LAKE CITY — Have you seen this man with the green-haired tattoo? Police would like to know his identity.

He’s one of the people recently profiled in Fox 13’s new ‘Wanted with Scott McKane’ segment, which airs Saturday nights on Fox 13 News at Nine.

McKane features the faces of men and women who’ve been caught on camera under suspicious circumstances.

He’s been caught on camera several times in recent months, sneaking into the Stansbury Condominiums near the corner of 200 South and 700 East. It’s a secured building, but he gains access by walking up behind actual residents on their way in and following them inside.

Once in, he wanders the hallways, laundry areas and the parking garage, collecting clothing from dryers and taking other items.

Police are hoping viewers and social media users might recognize him. His style seems to change, but the suspect has consistently worn a silver bracelet which fits loosely on his right wrist, and he has a rather distinctive tattoo of a skull or face on his left forearm with bright green hair.

On at least one occasion he was also wearing purple Nike brand running shoes.

A new group of suspects will also be featured on Saturday night’s installment of ‘Wanted’ on Fox 13 News at Nine.