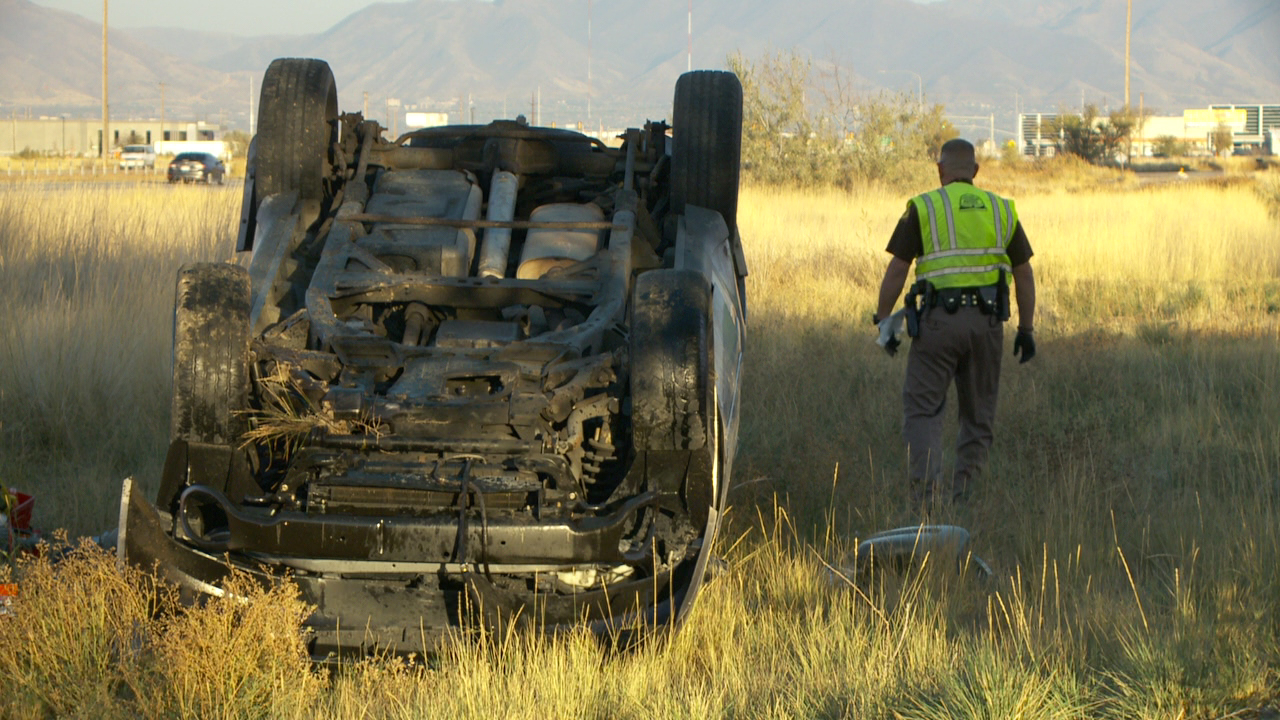 MAGNA, Utah — Police are following leads to identify the driver of a BMW who was involved in a road rage incident that resulted in a crash with critical injuries in Magna Saturday.

When the light turned green, police say the Trailblazer pulled in front of the BMW and “brake checked” the vehicle. The driver of the BMW shifted lanes to pull alongside the Trailblazer, then swerved into the SUV’s lane.

The driver of the Trailblazer retaliated by swerving at the BMW, but at that point the driver lost control and slid off the right side of the road. The vehicle rolled after leaving the road, and an unrestrained passenger was ejected and thrown a considerable distance from the SUV.

That passenger, later identified as 30-year-old Jared Hansen of Ogden, suffered life-threatening injuries and was flown to a hospital in extremely critical condition.

Troopers found drugs and drug paraphernalia in the Trailblazer. The driver, identified as 30-year-old Brandon Atkinson of West Valley City, was arrested for alleged DUI.

Atkinson and another passenger, 28-year-old Thomas Evans of Salt Lake City, both remained in the vehicle as it rolled and suffered only minor cuts and scrapes.

The BMW did not remain at the scene, and police are pursuing leads to identify the driver.

“Troopers want to remind all drivers that it is not worth risking your or someone else’s life to retaliate against someone who cut you off or otherwise offended you with their driving,” UHP stated. “The best course of action is to slow down, calm down, let the other driver get past you, and arrive at your destination safely.”