300 pounds of marijuana headed for Utah seized in Oregon 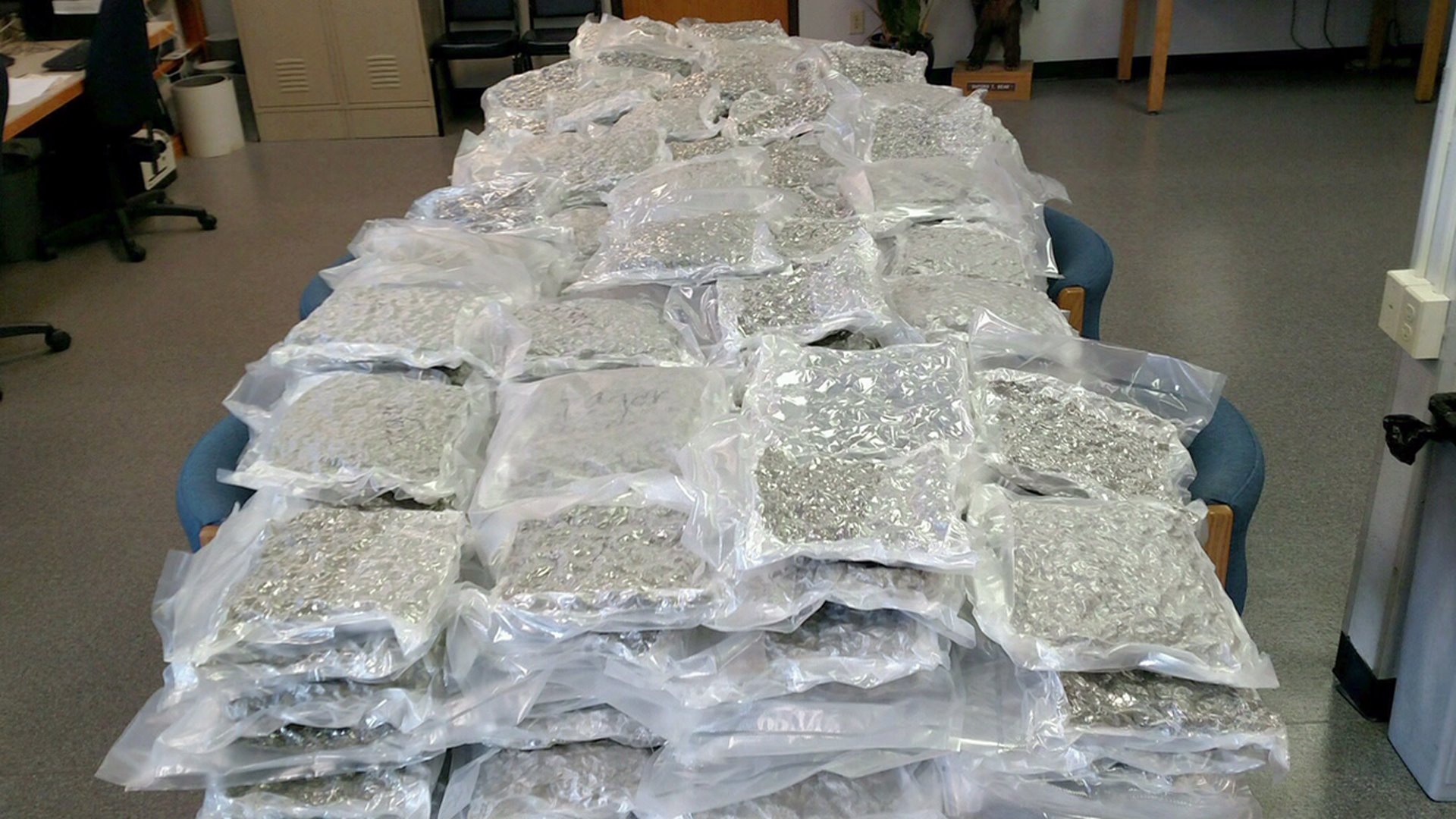 KLAMATH FALLS, Oregon – About 300 pounds of marijuana allegedly headed for Utah is now off the streets thanks to the Oregon Police Dept.

Officers arrested a Georgia man, 24-year-old Kim M. Mason, for running a stop sign near Klamath Falls, Oregon, and found the drugs stashed inside furniture in the U-haul Mason was driving.

Authorities said Mason told them he was driving from Ashland, Oregon, to Salt Lake City, Utah.

Mason was arrested for exporting marijuana from Oregon.

In Oregon, a person over 21 can have up to 1 ounce of marijuana outside their home.

It is illegal to export the drug from Oregon.