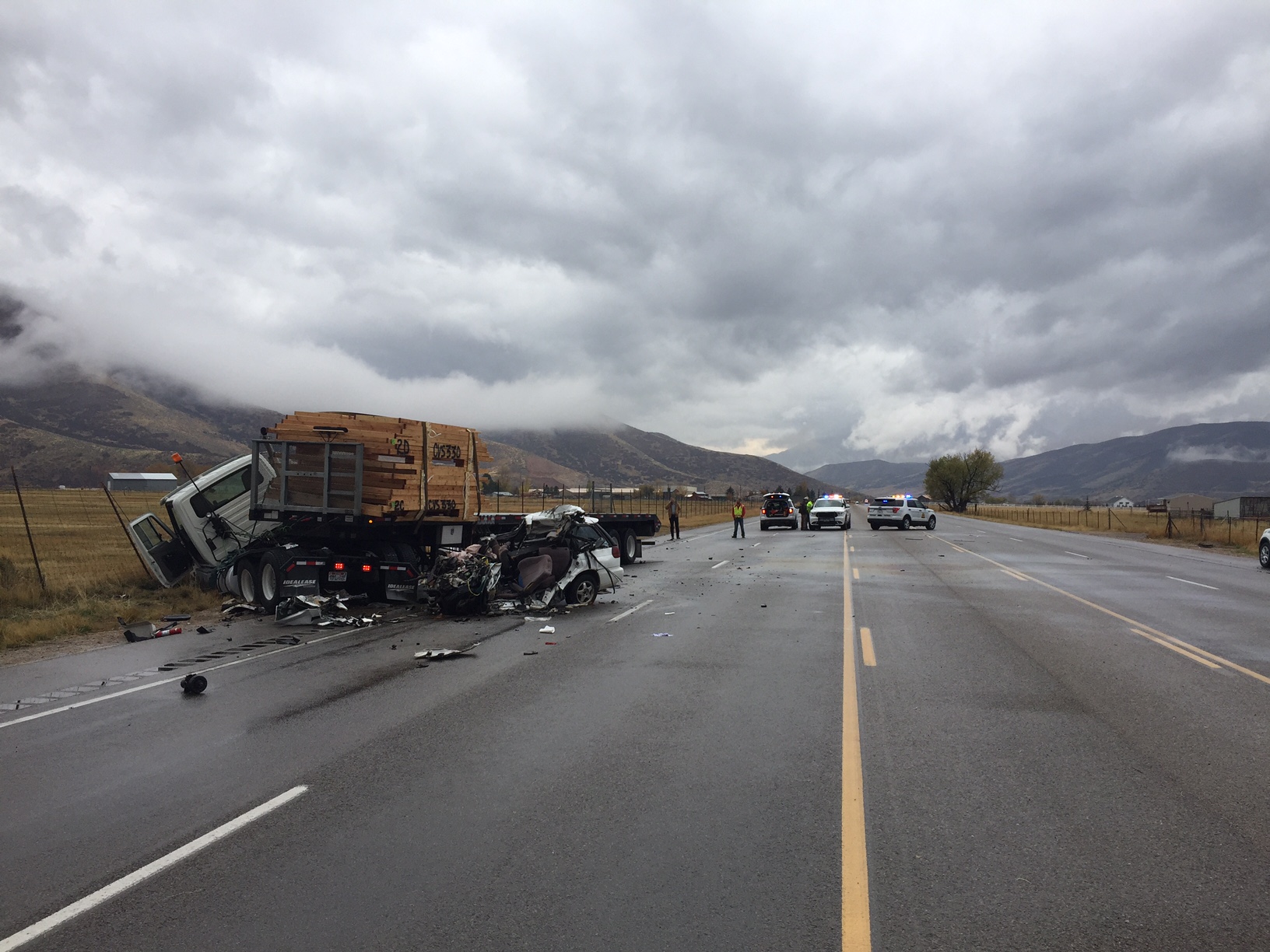 At about 11:40 a.m., Joseph Forbush, driving a Subaru, was traveling west on State Route 189 when for an unknown reason he crossed the center line at mile marker 28 and crashed into a tractor-trailer head on, according to Utah Highway Patrol.

The car was nearly destroyed on impact and the driver died at the scene.

The driver of the tractor-trailer suffered minor injuries.

No impairment is suspected and it is unknown at this time if Forbush was wearing a seat belt.

It is unknown at this time why the motorist crossed into oncoming traffic. There was heavy rain at the time of crash, and troopers say weather could have been a factor in the crash.

The road was closed for nearly four hours because of the crash.

The accident remains under investigation.