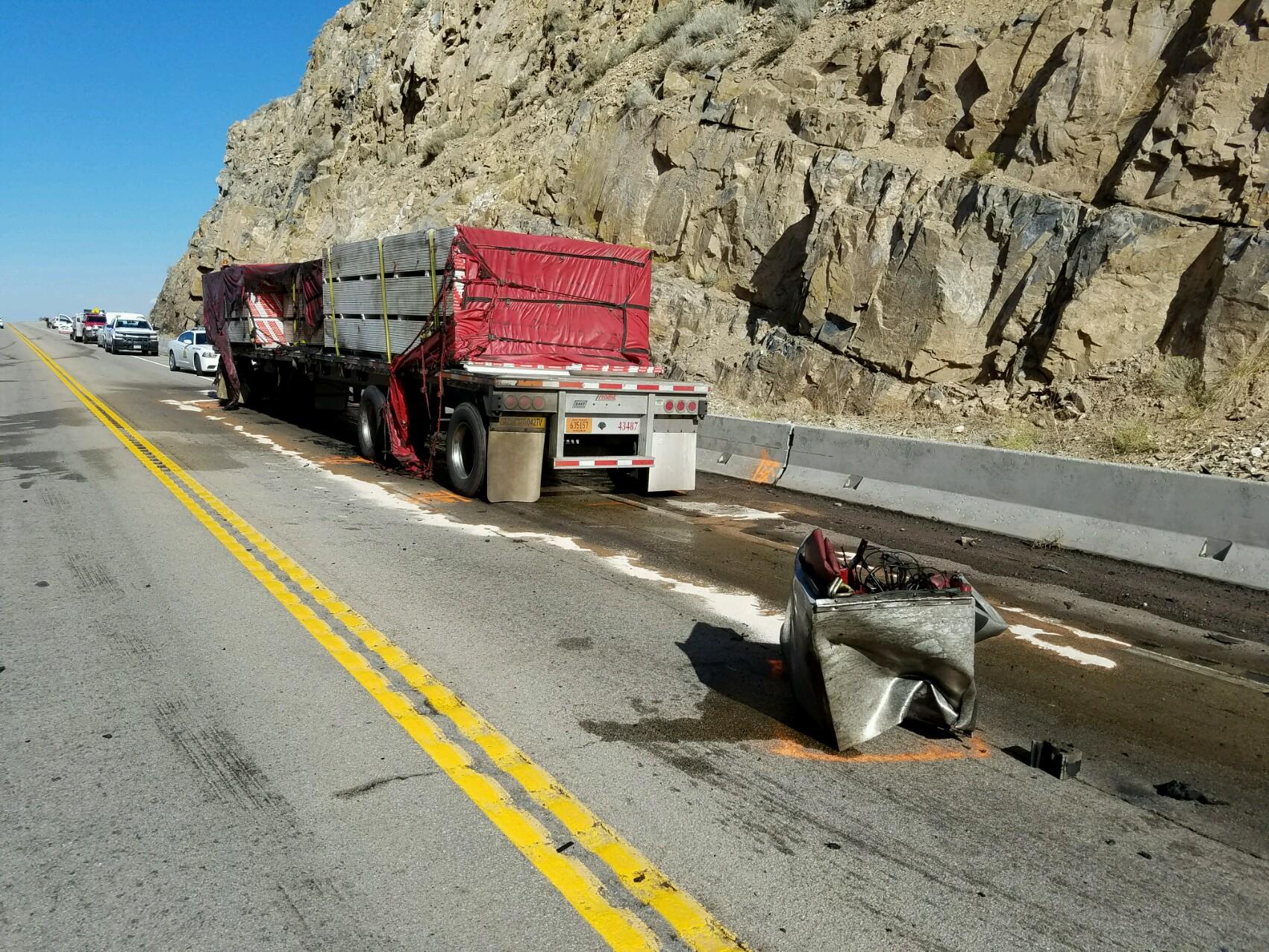 At about 10:30 a.m., 77-year-old Court Anderson was traveling east on State Route 6 in a white Chevrolet pickup when for an unknown reason he crossed into oncoming traffic at about mile marker 179, according to Utah Highway Patrol.

At that point, Anderson struck a tractor-trailer traveling west head on. Anderson was pronounced dead at the scene, UHP states.

The second driver was not injured.

A small fire on the tractor-trailer was sparked due to the collision but was quickly put out, according to UHP.

Westbound lanes were fully or partially closed until about 3:30 p.m.