The argument and subsequent shooting took place at about 3 p.m. just as classes were letting out at Union Middle School in a park north of the school, near 600 East and 8000 South.

Both students involved are students in the Canyons School District. The victim, a 16-year-old high school student, was taken to the hospital where he remains in critical but stable condition.

The 14-year-old suspect, who attends the middle school, was arrested at the scene. He is facing one count of attempted murder.

Dozens of fellow students witnessed the shooting. Many of them were visibly shaken and in disbelief as police interviewed them.

FOX 13 News received parental permission to speak with some of these students.

"I saw two boys that were just there to fistfight and one of them pulled a gun and shot the other and waited until he was on the ground and shot him again," said Jasen Trotter. "The suspect fell on the ground and just started crying."

Trotter is friends with the suspect and the victim. His mom said this type of thing isn't supposed to happen in Sandy.

"I live three blocks down the street. It literally is in my back yard," said Georgina Trotter. "It's really shocking and my son was right there. It could have been him."

The school was immediately put under lockdown.

"We want to make sure parents know that if their student was here on campus during this time that they were immediately brought into a safe and secure location," said Jeff Haney, spokesperson for the Canyons School District.

Police are still investigating whether the student brought the gun into the school with him or if he got it somewhere after school.

According to Kalani Matthews, who is friends with the victim, a feud had been brewing between the students, and this fight was inevitable.

"It's been a plan for the past few days but I guess today was his day," Matthews said.

Matthews said the victim had no idea the other student had a gun.

Since the victim and the shooter are both juveniles no names are being released at this time. 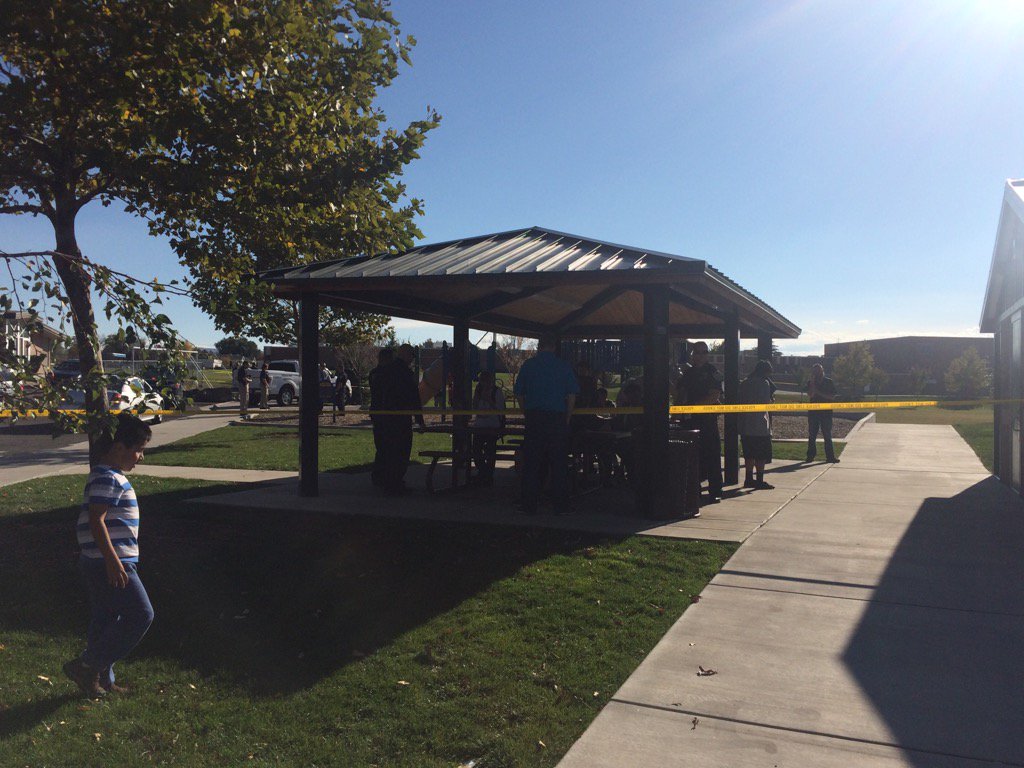