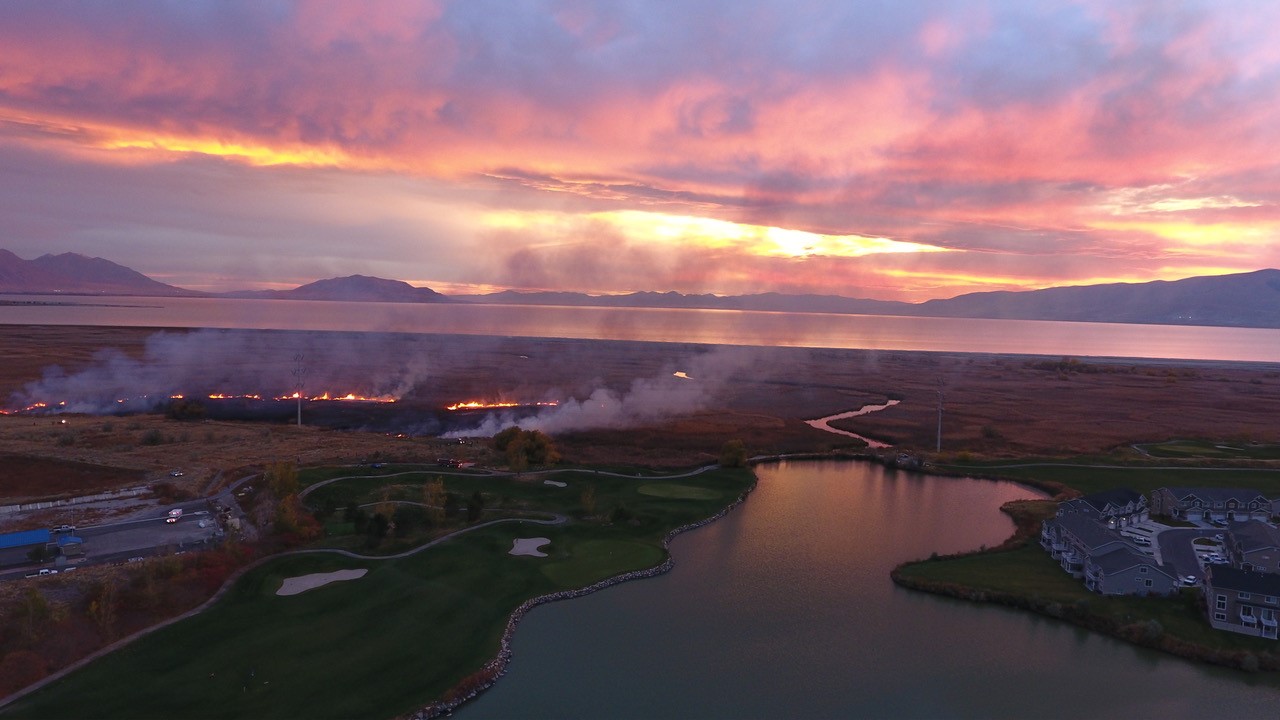 OREM, Utah — Fire crews were battling a small brush fire that was not threatening any structures Thursday evening, and the flames paired with the setting sun made for a vivid display in orange and red.

Brayden James Murdoch used a drone to capture several photos and even some video of the brush fire as the sun was setting in the background.

Orem officials said the cause of the fire is still under investigation. The fire began shortly before 6 p.m. By about 9:30 p.m. crews said the fire was burning on 16 acres, and they hoped to have containment by midnight.