Man in critical condition after 3-car crash in Washington County 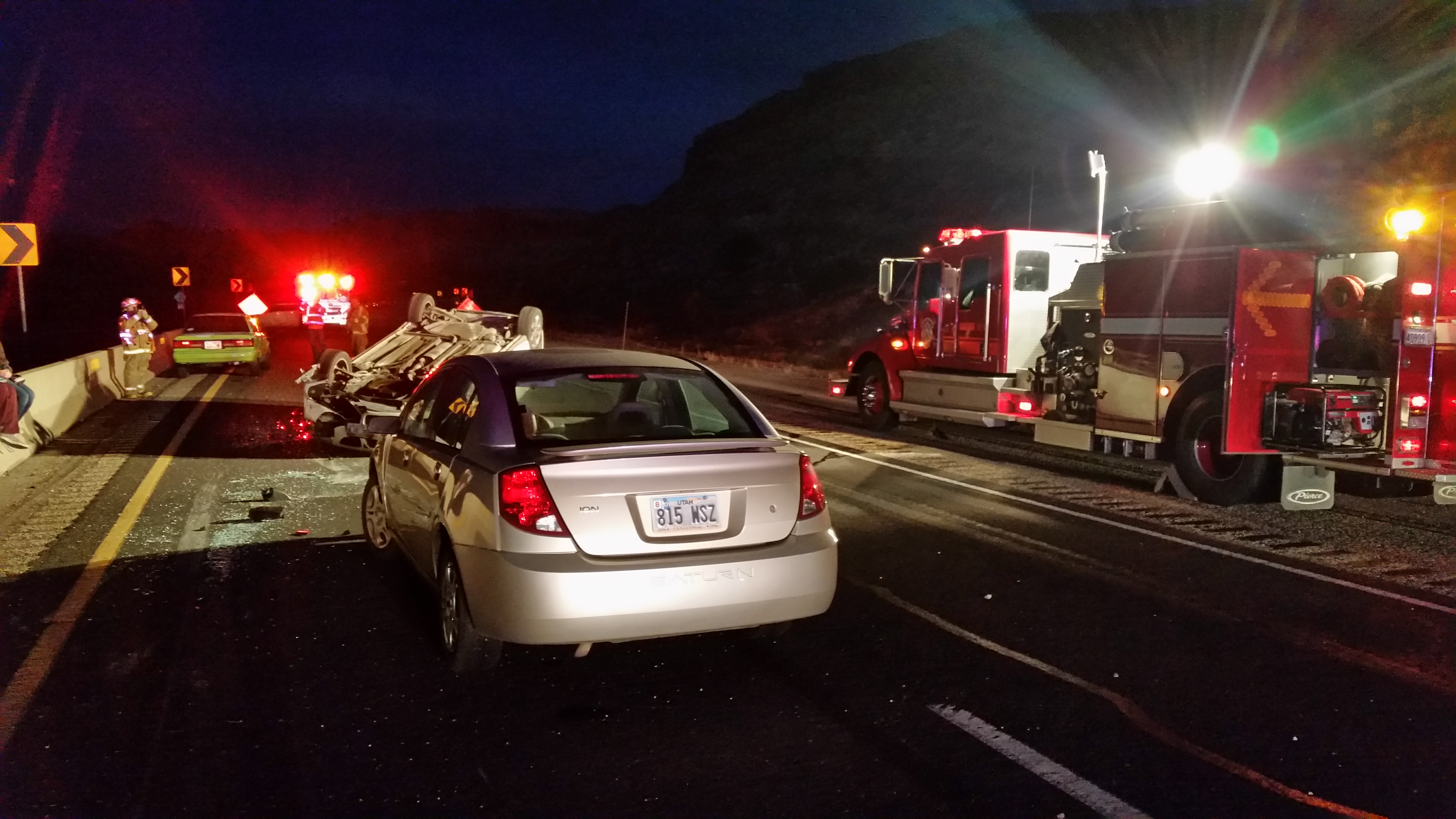 WASHINGTON COUNTY, Utah — A man is in critical condition after a three-car crash on Interstate 15 in Washington County early Tuesday morning.

The series of crashes started at about 6:30 a.m. at mile marker 23 near Leeds, about 19 miles north of St. George. A motorist traveling south in a white Pontiac G6 was in the left lane when he states an unknown vehicle came into his lane, causing him to swerve to the left, according to Utah Highway Patrol.

The driver of the Pontiac lost control and stuck the left concrete barrier causing him to roll, according to authorities. His vehicle came to rest in the left lane facing north.

UHP states another driver in a gold Saturn Ion came upon the crash but was unable to stop in time and struck the Pontiac.

The driver of the Saturn, identified as a man in his 50s, got out of his car and began walking up the left emergency lane.

At this point, UHP states, a driver in green Toyota also approached the accident.

“The driver of the Toyota was unable to avoid the crash to the right due to other traffic,” according to UHP.

The driver of the Toyota swerved into the emergency lane while braking to avoid the crash, however, the motorist struck driver of the Saturn who was walking in that lane, UHP states.

“The pedestrian came to rest ahead of both crashes in the left lane,” authorities state.

A medical helicopter was called but was canceled. The victim was taken by ambulance to Dixie Regional Medical Center in St. George.

Authorities believe all drivers were wearing seat belts and excessive, speed, drugs or alcohol are not suspected.

The drivers of the Toyota and Pontiac were uninjured. However, the motorist in the Pontiac was cited for no car insurance, expired driver’s license and failure to maintain a single lane.

I-15 was closed for about two hours due to the crash.