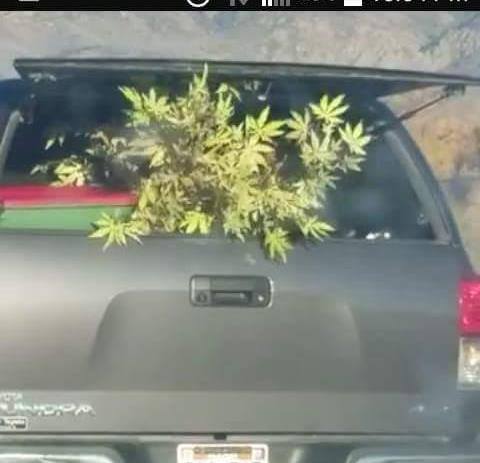 WEBER COUNTY, Utah — Police started investigating after a video began circulating of a truck that appeared to be transporting a large marijuana plant, but officers ultimately determined the plant in question was plastic.

The Weber County Sheriff’s Office said they received tips about the truck, and footage of the vehicle began circulating on social media, so officers and the Weber-Morgan Narcotics Strike Force began an investigation.

Authorities made contact with the owner of the truck and learned the plant in question is plastic and was being taken to an office to be used as a decoration.

Police stated: “Without being close to the plant, Agents did say that they could see how people could have mistaken it as a possible marijuana plant.”