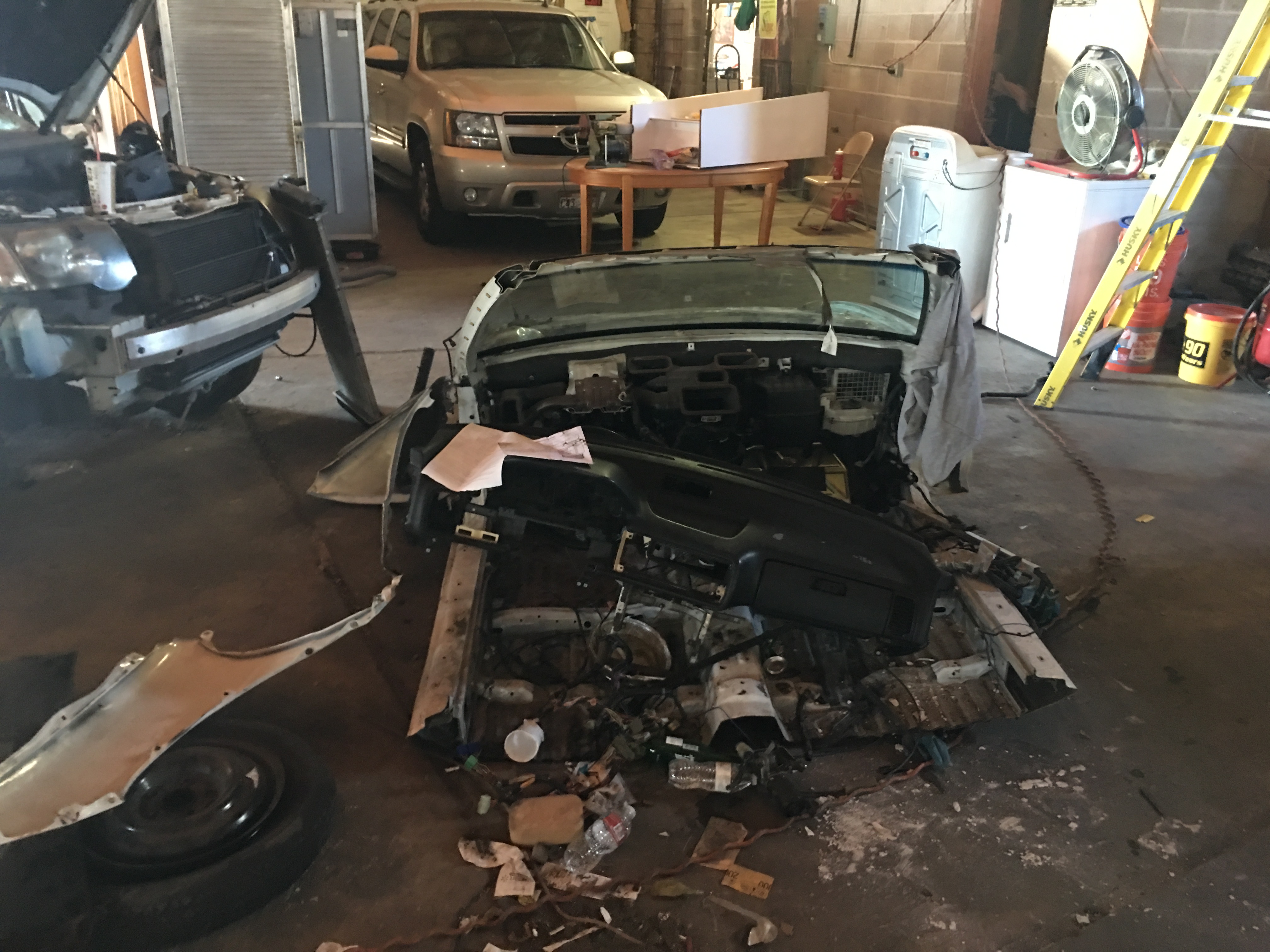 CLEARFIELD, Utah — Police responding to a report of a stolen trailer Thursday morning made two arrests and ultimately located a suspected chop shop with several stolen vehicles inside.

Sgt. Kyle Schroeder of the Layton Police Department said officers responded just after midnight Thursday to a report of a trailer theft in Layton, but by the time they arrived the suspects were gone.

Police patrolling the area later in the day spotted the suspected vehicle and attempted a traffic stop. The suspects pulled into a driveway before fleeing on foot. The driver did not shift the vehicle into park upon exiting, and the car did minor damage to a home.

Police searched the area using K9 units and arrested 18-year-old Francsico Orozco-Gutierrez and 21-year-old Jose Flores. Police went to Flores’ home, where they found a stolen trailer as well as evidence relating to two other trailer thefts. One of the stolen trailers was filled with donations a woman had collected on behalf of homeless veterans.

Investigators had suspected there was a chop shop somewhere in Clearfield, and this week’s investigation led them to the location on State Street. Detectives found multiple stolen vehicles along with car parts and a trailer at the location.