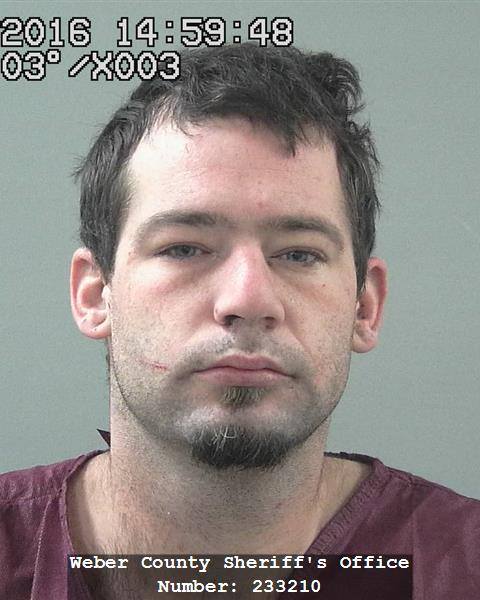 HUNTSVILLE, Utah-  The Weber County Sheriff’s Office credits its K-9 “Boss” in the capture of a wanted fugitive in Huntsville Saturday night.

Deputies responded to a report of a shoplifter at a hardware store.   Deputies were able to obtain video of the shoplifting and began to investigate.  As the investigation continued the next day, deputies encountered Leroy Bell, and attempted to arrest him.  However, he resisted and ran away.

A news release from the Weber County Sheriff’s Office said the suspect had a previous warrant for his arrest.  Deputies said Bell ran through several fields and jumped into a nearby pond.  Bell swam through the pond and disappeared into a grove of trees nearby.

Other deputies including K-9 Boss showed up to help.  Boss led deputies to an unoccupied mobile home and pointed out that Bell was hiding inside.  K-9 Boss and his handler entered the home, where they found Bell.  Deputies said Bell refused to surrender and he hid his hands under a pile of blankets. Consequently, K-9 Boss targeted Bell, bit his shoulder and pulled him from under the blankets exposing his hands.   Deputies arrested Bell.

Bell was booked into the Weber County Correctional Facility.  Bell is facing charges for retail theft and failure to stop at the command of a police offer.  He is also facing charges for interfering with a lawful arrest and criminal trespass of a dwelling.